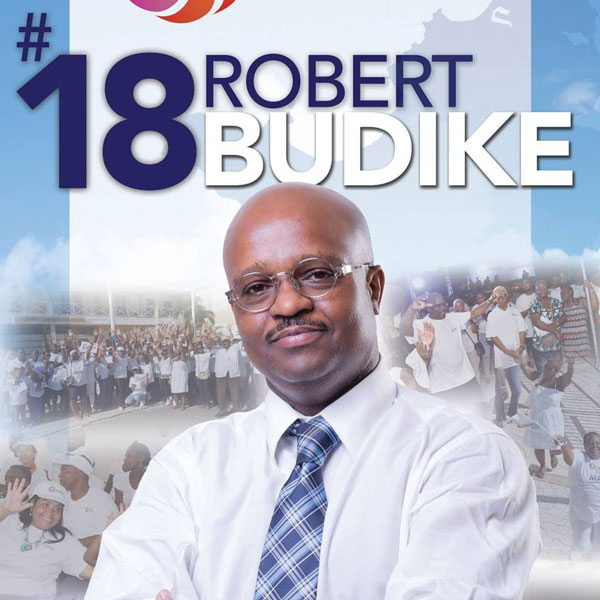 PHILIPSBURG:— Businessman Robert Budike who postulated himself on the National Alliance slate for the September 26th parliamentary elections gave SMN News an inside view as to his reasons for contesting the election and why he chose the National Alliance.
Budike said he is a certified accountant that has a business on Pondfill and over the years, he has clients that are MPs and even business people that share their concerns with him as a businessman. Besides that Budike has been following the development of the country and as well as it failures of the years, the instability within government over the past 5 years he said impacted the economy negatively and it’s time for people that has knowledge and can contribute to their country be part of the solution and not just sit on the sidelines and criticize. Having said that in response to the questions posed to him by SMN News one being why the National Alliance, Budike said it’s the only party that has accomplish things for the people, they ensure that the young generation gets work, they are consistent and most of all he believes that if a particular political party is working in the interest of the people then they should be given a full mandate.
Another question posed to Budike is the plans government has to allow the Chinese to invest in St. Maarten, especially knowing that so many people have been complaining about Social media, Budike said that people often times complain but they do not come with solutions. He said that those people need to take a look at St. Lucia who will be investing with the Chinese USD2.6M for the year 2017.
As for details on the project such as the other investments the Chinese have committed to making on St. Maarten Budike said he did not have the details but the people that could really roll all of this out is the Prime Minister and Minister of Justice.
Getting to know Robert Budike is not only special but in fact interesting to know that a businessman that deals with numbers find the time to listen to the parliamentary meetings, discussing the future of the country while listening to the cry of the people on a daily basis.