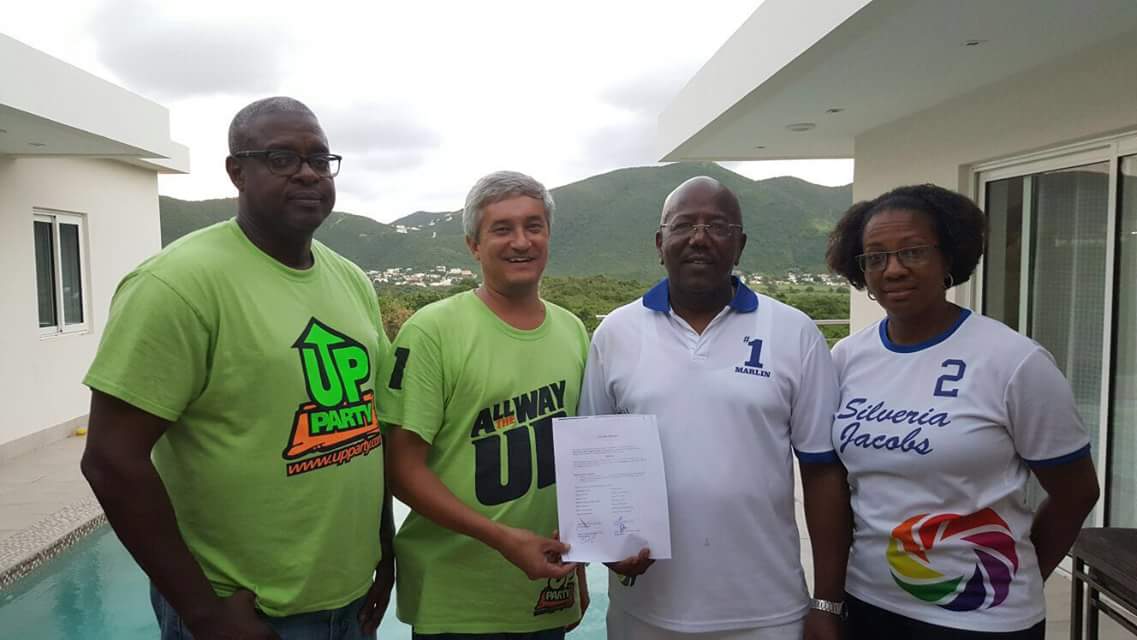 PHILIPSBURG:— The two political parties that got five seats in parliament did not waste any time in forming a government. The leaders and deputy leaders of the two parties namely William Marlin, Silveria Jacobs along with Theodore Heyliger and Franklin Meyers signed a coalition agreement shortly after the results were announced.
Up to early Tuesday morning neither of the party leaders could be reached for a comment but SMN News managed to obtain a photograph of the four political leaders and deputy leaders holding up the signed documents.
Sources told SMN News that Marlin announced the news in a Watsapp chat to all his party members but promised to explained them the reasons for his decisions in a meeting later today. SMN News tried contacting Marlin several times early Tuesday morning for a comment but he could not be reached.