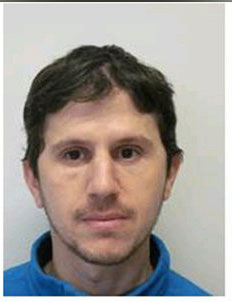 Martinique/St. Martin:— Authorities in Martinique has issued a national and international warrant for Rachid Rafaa (40) a Moroccan who disappeared while being on house arrest in Martinique since earlier in the week.

Rafaa was convicted in Morocco as an alleged jihadist but the EU courts ruled in his favor not to extradite him back to his native country as he faces the death penalty. Since 2014 Rafaa, a computer specialist was transported to Martinique where he was kept under house arrest but managed to escape early last week.

Ever since his disappearance, the wanted Raffa is being sought by all police agents in the region including St. Martin.

According to Martinique news, all avenues are being explored to capture the wanted man and contacts have been made with all the neighboring islands.
The authorities in Martinique confirm that the security services are on alert and are mobilized to trace the Moroccan computer. “Special attention is also given to different points of air and sea leaving the country and the most sensitive places,” the Prefect of Martinique announced.

Ever since the disappearance of the Rafaa, authorities on St. Martin remains tightlipped on the issue even though other news outlets are claiming that Rafaa may be on the island since there are possibilities that he entered the island by sea.

SMN News learnt that on Friday the entire police core both territorial and the gendarmes were in meetings most of the morning regarding the escaped jihadist who probably is on the island. However, the gendarmerie refused to comment on the matter even though they are on high alert looking for the alleged terrorist.

The photograph of Rachid Rafaa has been widely circulated but so far there are no specific indications to say he is on St. Martin/St. Maarten.