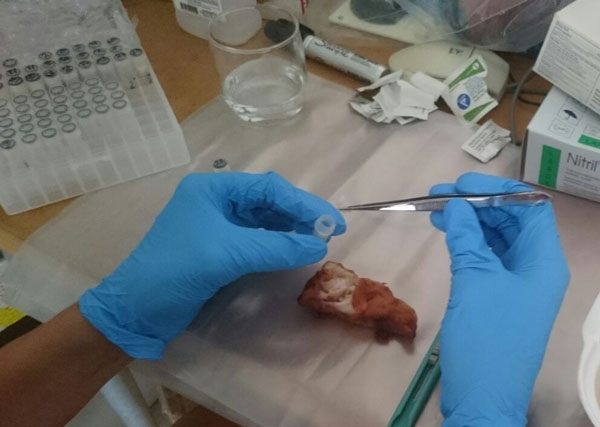 PHILIPSBURG:—- As part of the Save our Shark Project funded by the Dutch National Postcode Lottery, the Sint Maarten Nature Foundation recently discovered that a large majority of fish being sold in supermarkets and restaurants on Sint Maarten is being mislabelled. A study was conducted in order to research the sale of shark-related products on St. Maarten for which the Nature Foundation partnered with the prestigious Smithsonian Institute in Washington DC. Test was carried out to determine whether sampled food products taken from restaurants, supermarkets, and stores contain shark species through genetic testing.

“Several food products, such as swordfish, fish and chips, boneless saltfish, and seafood soup tested positive for shark, especially sharks which are considered endangered species. These include blue shark, shortfin mako shark, silky shark, bigeye thresher shark and scalloped hammerhead shark. These food products are not harvested locally but are imported into the island and are thought to come mainly from Asia as a waste product from the shark finning industry, “commented Nature Foundation Projects Officer Melanie Meijer zu Slochtern.

Several of the uncovered shark species are listed under Appendix II of the Convention on the International Trade in Endangered Species (CITES) such as; hammerhead sharks, silky shark, and thresher sharks. This means the trade of these sharks must be controlled in order to avoid utilization incompatible with their survival and export permits are required by law worldwide.

The Nature Foundation also discourages the consumption of shark; several studies have shown that shark has among the highest levels of the toxic methyl-mercury and other dangerous toxins of any seafood, which can cause serious health effects. Even small quantities of shark meat can contain large quantities of poisonous methyl mercury; warnings are issued especially for pregnant women and young children.

“Humans are pushing sharks to the brink of extinction and many shark species are now threatened and endangered. Globally, human fishing pressure has resulted in 100 million sharks being killed annually, primarily for the shark finning industry. Sharks keep the ocean clean of unhealthy fish, keeping the ecosystem in balance. If we do not have sharks we will lose our coral reef ecosystem and everything which depends on that such as fisheries, dive and beach tourism.

“This is quite a serious issue for the island and for the region. Sint Maarten is an important hub in the tourism industry and large quantities of fish are sold in restaurants, especially during high season. Not only do the results of this study show that shark is being sold as other fish, it shows that there is a significant mislabeling, whether deliberate or not, of fish products being sold to the consumer. Instead of being served a swordfish for example, clients are now being served an endangered species that is regulated by law and which may have harmful effects on the health of the consumer. We have been in contact with the authorities, stores, wholesalers and restaurateurs in order to find a way to curb this situation,” commented Nature Foundation Manager Tadzio Bervoets.