PHILIPSBURG:— Dr. Francio Guadeloupe and Drs. Erwin Wolthuis, respectively the President of the University of St. Martin and the Division Head of that institution’s Hospitality program, have written a theoretical essay on rethinking multiculturalism. The piece that bears the unwieldy title, “Appreciating Calalloo Soup: St. Martin as an expression of the compositeness of Life beyond the guiding fictions of racism, sexism, and class discrimination”, was published last week in the peer review journal Revista Brasileira do Caribe. Inspired by the everyday camaraderie of youngsters at the high schools on St. Maarten, where ethnic and religious difference is a fact of life, Guadeloupe and Wolthuis have employed theories from physics and philosophy to come up with an alternative way of conceptualizing belonging.

Proud about the contribution and the St. Martin reality they depict, drs. Wolthuis stated, “In ‘Appreciating Callaloo Soup’ we share with the world how our youngsters here on St. Martin have mastered the skill of being Sint-Maarteners without having to denounce their other roots. I sincerely hope that we will start to truly value this unique trait, in which we are miles ahead of the so-called western-world of today”.

There is however the tendency among some to create hierarchies of belonging whereby using the melting pot model, newcomers are told in fierce terms that they should integrate in a unitary St. Martin culture, or in terms of the salad bowl metaphor, see themselves as ingredient that must forever show respect to the master ingredient, the oldcomers – those same intellectuals refer to as the indigenous St. Martiners. So, in other words, some belong more than others. The melting pot and salad bowl according to Guadeloupe and Wolthuis and are foreign models that do not fit the reality among the youngsters on St. Maarten.

Dr. Guadeloupe explained, “let me try and be concrete. There is a dilemma that you see played out in the Netherlands and our sister island of Curaçao, but also increasingly voiced here on St. Martin. The dilemma or problematic is one in which a false opposition is created by intellectuals between belonging and multiculturalism. Belonging is perceived as having to do with who came first to the land, who has more roots, who is primordial, while multiculturalism is understood as the diversity that came afterwards. This means that who is awarded the status of “native” or “indigenous” supposedly belongs more. Now as commonsensical as this seems, it makes little sense in practical terms. How do you tell a young man or woman born and raised here, whose parents happened to have been born elsewhere, that he belongs less than his close friends just because their parents were born here to? You cannot sell that. You have to find a way of aligning multiculturalism and belonging in a way that is equal for everyone. The right thing to say to that young man or young woman is that there were cultural expressions here before your parents arrived that some people still cherish, but that does not make you less of a St. Martiner than any other person. Civically, in terms of rights and duties, once you have the Dutch or French passport, you are the same as any other; culturally you might bring something new and vital to the mix that is St. Martin’s contemporary culture in the making; and humanly with or without passport we must treat you with decency and expect you to behave decently. And as far as those youngsters with roots, those that claim the native status, we must make them feel that they belong and treat them as equal as any other. No one must be left behind or made to feel like they are being left behind.”

Drs. Wolthuis continued, “it is great that ‘Revista Brasileira do Caribe’, a renowned Brazilian peer-reviewed academic journal, actually realizes that our unique multicultural society here on St.Martin is worth publishing about. On the other hand it seems to become the standard that it is mainly the outside world that does realize that our present day St. Martin is a unique mix of what the world at large has to offer.

The article ‘Appreciating Callaloo Soup’ can be downloaded via the following link: http://www.periodicoseletronicos.ufma.br/index.php/rbrascaribe/article/view/5573

March 5, 2021
0
PHILIPSBURG:— Two Caribbean Lottery players were surprised to hit the Lucky Pick jackpot just days apart, recently. For the first winner, K. Amanda Blijden, Saturday morning started off like any other day. She got up and checked her tickets online...
Read more 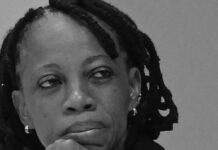 Why Centralizing Education is Bad for St. Martin and St. Martiners, in Both Territories...