Home Headlines & Top Stories New Bus Shelters at No Cost to Sint Maarten Government and Its... 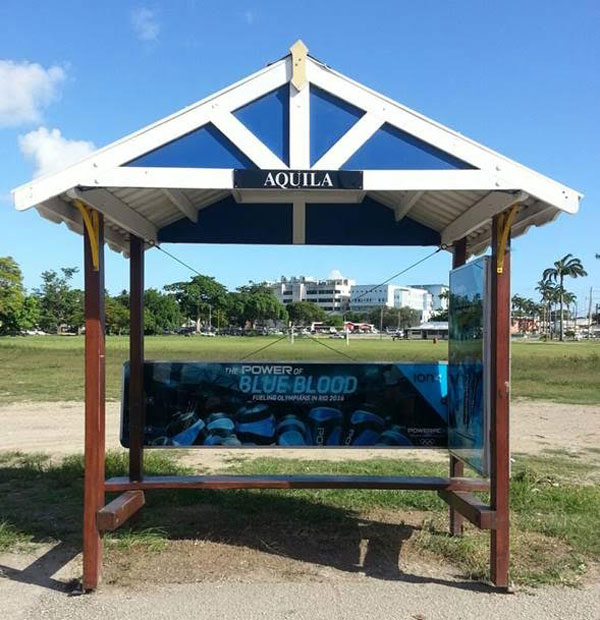 South Reward:— Thanks to an MOU recently signed between Minister Christophe Emmanuel, a locally-formed company, Adopt A Stop SXM is set to provide solar-powered bus shelters later this year at planned bus stops around the island.

Adopt A Stop currently operates in islands like Barbados, St Kitts and Nevis where the company provides seating and shade for public transit commuters at no cost to Government, as the structures are financed by advertising.

From the perspective of the St. Maarten road usage, the bus shelter project provides an opportunity to provide safe access points to the public transit and manage local traffic with designated bus stops. The minister notes: “Bus shelters create a reason for the public to stand at bus stops, as commuters seek shade and protection from rain. The busses then tend to operate more predictably … because they stop where people congregate.” This alone will alleviate unnecessary traffic jams that stopping on the road is presently creating due to the lack of proper shaded bus stops.

The placement of the Bus stops will be done in collaboration with other ministries like the ministries of TEATT and JUSTICE to ensure that we get the best of all aspects involved in the transportation regulations, the traffic aspects for the stops just to name a few angles.

The Adopt A Stop bus stop shelters use a Caribbean creole design that will be popular with locals and visitors alike and are constructed from materials that withstand a tropical climate and will withstand vandalism. However, they are ‘fully-loaded’ in terms of functionality with solar lighting, and USB ports for environmentally friendly phone-charging. The shelters have a small footprint that works with the narrow sidewalks found in most islands and convenient bolt-down design.

The solar generated power is solely for the usage of lighting the bus stops and the advertisements boards and there will be no returning of electricity to the GEBE grid at no point in time. The concept of solar power is already embraced by government in their Energy Policy and the minister believes that leading by example is the way to go.