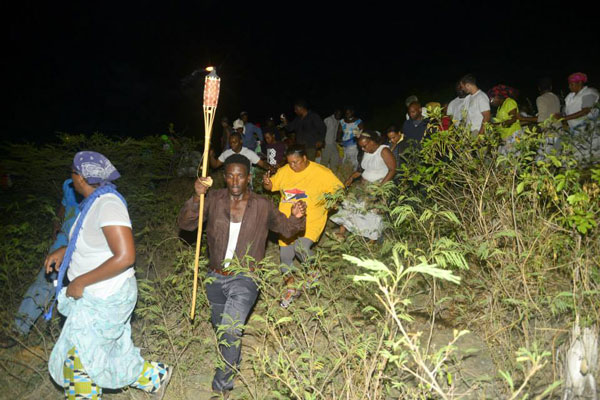 PHILIPSBURG:— National Institute of Arts in Collabration with Consciuos /Lyrics foundation and the govermrnt of St.Maarten The Deptartment of Culture youth and sports are once again proud to present for the July 1st Emancipation Day Celebration, the reneactment of the Diamond 26 Escape.
This reenactment celebrates the memory of the 26 enslaved that fled from the Diamond estate during 1848 after the French Side St.Martin had been declared the abolishment of Slavery. This event its fourth since the the event was established in 2005 has been growing in popularity in the community and featured throngs of people paricipating including children with their parents.
This year the route has been extended to accomdate the growth in participations, and special performances will take place along the route of th reanctemnt. This year the Run for freedom will culminate with a spectacular performance in the ruins of Mount Fortune featuring dancers, poets and vocalist kicking off the early morning celebrations of Emancipation day 2016.