Home Local News Nominate your own cultural icon for TelCell’s “I Am Carnival” Promotional... 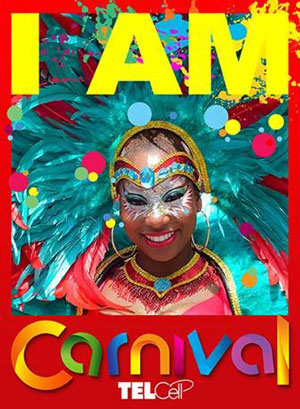 Pond Island:— TelEm Group’s Commercial Division will once again be coloring this year’s carnival event with dazzling posters of the island’s cultural icons – past and present.

For the second year running the department will be adopting the “I Am Carnival” theme that was successfully run last year featuring a host of fun activities, promotions and hundreds of posters of local icons promoting the Arts & Culture on St. Maarten.

In order to find the faces for “I Am Carnival” 2017, TelCell is asking TelEm Group personnel, customers and members of the public to nominate their own icons who they think might deserve a place on one of the posters because of their contribution to carnival over the years.

“The nominee does not have to be popular or have name recognition – just that they have gone over and above to make carnival a success year in and year out,” said TelEm Group Manager, Marketing & Sales Ms. Grisha Marten about the promotion.

Grisha said last year’s selection of Anna Rabess (Pageantry); Fred York (Musician); Dow York (Musician); Pa Ben (Host) and Fish the Boss (Musician) as faces for the I Am Carnival posters proved very popular with carnival revelers, so a decision was taken to let the general public choose their own icons this year.

“Age doesn’t matter. The nominee can be young or old, man or woman – we only ask that they have a heart and soul for carnival,” continued Grisha.

She said the nomination offer has been running on the Facebook pages of TelCell and the St. Maarten Carnival Development Foundation (SCDF) with Monday upcoming (January 16) as the closing date for nomination.

Grisha is urging everyone who wants to nominate their carnival icon to do so now, before Monday’s deadline.