PHILIPSBURG (DCOMM):— November 14 is World Diabetes Day (WDD). Collective Prevention Services (CPS), a department of the Ministry of Public Health, Social Development and Labour, as part of its annual calendar of observances, would like to share some information with the community.

“Support your family to understand the risk factors and signs/symptoms, and to seek prompt medical care if diabetes is suspected.
“Diabetes can be prevented through public health policies and lifestyle changes that support healthy eating, physical activity and healthy weights, and it can be controlled to prevent complications. If diabetes affects you or your family, make sure to follow a healthy lifestyle and adhere to treatment,” the WHO/PAHO reports.

Led by the International Diabetes Federation (IDF), World Diabetes Day was created in 1991 by IDF and the WHO in response to growing concerns about the escalating health threat posed by diabetes.

Diabetes is a chronic disease that occurs either when the pancreas does not produce enough insulin or when the body cannot effectively use the insulin it produces.

Insulin is a hormone that regulates blood sugar. Hyperglycaemia, or raised blood sugar, is a common effect of uncontrolled diabetes and over time leads to serious damage to many of the body’s systems, especially the nerves and blood vessels.

According to IDF, there are currently over 199 million women living with diabetes and this total is projected to increase to 313 million by 2040.

For more information about diabetes, consult your general practitioner or contact the Diabetes Foundation of St. Maarten. 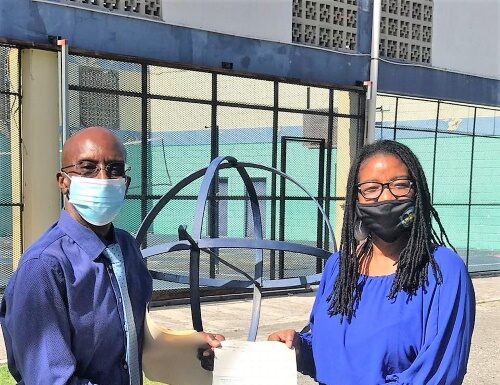 December 4, 2020
0
~Sponsors 300 faces masks for kindergarten schools~ PHILIPSBURG:—  In continuing what has now become an annual tradition for Seven Seas Water (St. Maarten), the company recently made a monetary donation to the Sundial School for its breakfast/lunch program. The Sundial School...
Read more 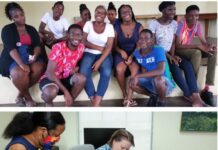 December 4, 2020
0
PHILIPSBURG:--- Prior to the United Nation's rejection of the Kingdom Charter in 1955 via UN Resolution 945X, the Netherlands' first attempt to decolonize the...