Home Local News Obesity is preventable. Make it a family affair to get active because...

GREAT BAY (DCOMM):— Sint Maarten’s calendar of health observances is to promote particular local or global health issues, and encourage the population to Get Checked.

Worldwide obesity has more than doubled since 1980. In 2014, more than 1.9 billion adults, 18 years and older, were overweight. Of these over 600 million were obese.

Most of the world’s population lives in countries where overweight and obesity kills more people than underweight. 41 million children under the age of five were overweight or obese in 2014, and obesity is preventable.

Child obesity is an epidemic and it is pertinent to the youth of Sint Maarten based on the Youth Obesity Research 2010 of 12-17-year olds, the prevalence of overweight is 39 per cent, and of this group, 54 per cent are obese.

The Sint Maarten study also indicated that most of our youth live unhealthy lifestyles – 60 per cent do not participate in sports and very few consume fruits and vegetables.

In connection with the aforementioned, the Collective Prevention Services (CPS), a department with the Ministry of Public Health, Social Development & Labour, is calling on the populace to ‘get healthy’ by being active, and no better time to start is during the school summer holidays and making it a family effort.

Globally there are more people who are obese than underweight and this occurs in every region except parts of sub-Saharan Africa and Asia.

The fundamental cause of obesity and overweight is an energy imbalance between calories consumed and calories expended. According to the WHO, globally, there has been an increased intake of energy-dense foods that are high in fat; and an increase in physical inactivity due to the increasingly sedentary nature of many forms of work, changing modes of transportation, and increasing urbanization.

Changes in dietary and physical activity patters are often the result of environmental and societal changes. Common health consequences of overweight and obesity are cardiovascular diseases (mainly heart disease and stroke), which were the leading cause of death in 2012; musculoskeletal disorders, especially osteoarthritis, a highly disabling degenerative disease of the joints; and some cancers including endometrial, breast, ovarian, prostate, liver, gallbladder, kidney and colon.

Overweight and obesity, as well as their related diseases, are largely preventable by making the choice of healthier foods and regular physical activity the easiest choice, because it’s most accessible, available and affordable, and you need to take the time out of your schedule and include a healthy lifestyle.

Make it a family affair for the summer holidays and be active as you can be and maintain that for the rest of your life. Make that commitment to yourself and to your family, because it’s a healthy lifestyle choice that is within your reach.

Source: St. Martin News Network
Obesity is preventable. Make it a family affair to get active because it’s never too late .

August 3, 2021
0
PHILIPSBURG:—  The Department of Communication will premiere the first video special in a series of DCOMM short video/tv Specials on the important topic of the Environment. The first special is about the Sargassum seaweed that affects the east coast...
Read more 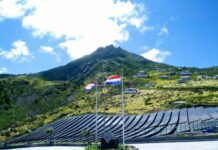 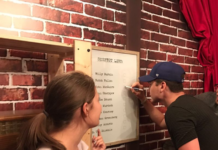 August 3, 2021
0
PHILIPSBURG:— This month, construction has started on the first Escape Room in the Caribbean. This was announced by its founding partners Caribbean Brewing Company...

August 3, 2021
0
PHILIPSBURG:— This month, construction has started on the first Escape Room in the Caribbean. This was announced by its founding partners Caribbean Brewing Company...

August 3, 2021
0
PHILIPSBURG:— Former Minister Chris Wever has diligently continued with his efforts to assist children who are in need of some help in their preparations...