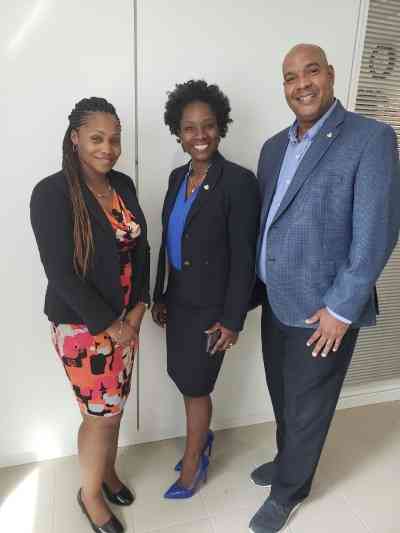 PHILIPSBURG:— After having served as the Head of the Department of Economic Licenses for the last 6 years, Valya Pantophlet has now moved on to head the division of Economy, Transport & Telecommunication (ETT). The division of ETT is tasked with the development of policies and regulations geared towards amongst others (sustainable) economic growth, while also providing the executing agencies with the necessary legislative tools to execute their tasks effectively and efficiently.

Minister Gordon indicated that the position became vacant following hurricane Irma in 2017. After going through several recruitment processes, Pantophlet was ultimately selected as