Home Local News Parliament and the screening of candidate Ministers. 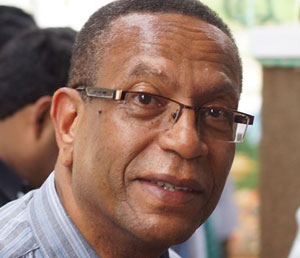 PHILIPSBURG:— Today, two months after the new Council of Ministers was sworn in, we still do not have a Minister of Tourism, Economic Affairs, Traffic and Telecommunication (TEATT). The blame for this has been placed on the vetting or screening process. However, in truth and in fact, the blame lies squarely on the shoulders of our parliament.

The obscurity, as well as the insecurity, surrounding the whole screening process, could have been avoided if parliament had taken the bull by the horns and dealt with the law pertaining to the screening some years ago. Take Curacao for example. Shortly after 10-10-10, the Parliament of Curacao annulled their original screening ordinance and passed a revised one, in 2012. Nearly seven years after 10-10-10, Sint Maarten is still using the original 10-10-10 screening ordinance which is apparently outdated and full of flaws.

St. Maarten has a very short history, as far as vetting or screening of candidate ministers is concerned. It is unfortunate that the first three governments of Country Sint Maarten never underwent any serious screening. In its Integrity Report of 2014, the Bob Wit Committee clearly pointed out that the screening was a mess and even stated that the then Prime Minister as well as the Ministers were in violation of the law and could be sentenced to a maximum of three years imprisonment. Seeing that governments were forming and falling so frequently, the Kingdom Government felt that they should step in to ensure, the much needed integrity in the government of Sint Maarten. Consequently, prior to the formation of the fourth government in 2014, the Kingdom Government issued a directive, instructing the Governor, to ensure that the screening of candidate ministers be done in a thorough manner. I believe that, if the Sint Maarten Government and Parliament had taken the screening process seriously from the beginning, there would have been absolutely no reason for the Kingdom Government to step in.

Almost seven years after 10-10-10, Sint Maarten’s parliamentarians are still complaining about the screening, when all the while it was up to them to do something about it. Finally, after five years, a draft of the screening law, entitled “Ordinance Regulating the Integrity of (candidate) Ministers”, was officially submitted to Parliament, on January 20th 2016, by then Member of Parliament, Dr. Van Hugh Cornelius de Weever. If parliamentarians were really concerned or dissatisfied with the screening, they would have been more zealous in seeing this law move from the Ad Hoc Committee of Integrity to the Central Committee and finally to the Public meeting where it would have been approved. It is good to note that when this ordinance was submitted, the members of the Ad Hoc Integrity Committee were: Sarah Wescott-Williams, George Pantophlet, Cornelius de Weever, Leona Marlin-Romeo, Frans Richardson, Maurice Lake, Franklyn Myers and Silvio Matser, who did not attend any of the three meetings that the Committee held. Regrettably, neither the Committee members nor the other parliamentarians did anything with the draft ordinance. They just sat on it and allowed it to accumulate dust. SMCP calls on parliament to handle this draft ordinance as soon as possible and ensure that it is transparent and fair to all concerned.

The next ordinance that Parliament should deal with immediately is the Ordinance Regulating the Integrity of Parliamentarians. The Bob Wit Integrity Committee also seriously questioned the integrity of our parliamentarians and made very pointed recommendations such as: establishing a code of ethics, making public all paid and unpaid side jobs, setting up a public registry to record all gifts accepted by parliamentarians, determining whether side jobs are permissible and if so reducing the salaries accordingly. The report also calls for parliamentarians to declare their assets, before and after taking office, as well as for the establishment of an Integrity Committee.

If parliament had followed up on the recommendations in Bob Wit’s Integrity Report, the screening of candidate Ministers would not be a big issue today and the integrity level within parliament would have been higher. SMCP is expecting parliament to work on these two ordinances as soon as possible.