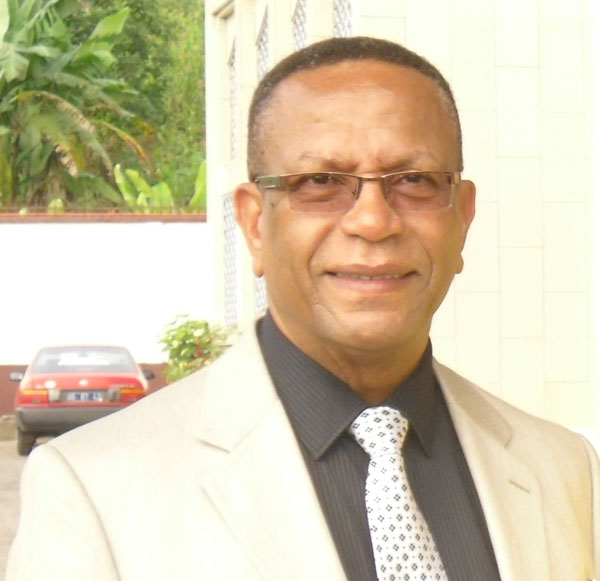 PHILIPSBURG:—- I must commend our parliamentarians for raising the budget debate in the Central Committee a notch higher this year. Compared to the debate on the 2016 Budget, Parliamentarians were better prepared to deal with details, to ask critical questions and to consequently carry out one of their very important functions, namely to control and monitor Government.
Parliamentarians were in their right to call out the NA-DP-USP-Lake-Matser caretaker Government and Ministers on the 2016 expenditures of the country. However, I believe that Members of Parliament were too hard on our caretaker Government as far as the 2017 Budget is concerned. Actually, this debate should have taken place with the new government.
Following the Parliamentary elections on September 26th a new parliament was sworn in on October 31st but not a new Government. Initially, it appeared that Sint Maarten would have had a NA-UPP Government. However, for mysterious reasons the tide turned and Sint Maarten will now be getting a NA-USP-DP Government.
The mandate given to the current Government, which since October 31st became a caretaker Government, never included the preparation of the 2017 Budget. The mandate given by Governor Holiday in October 2015 to the NA-DP-USP-Lake-Matser Government consisted of five major points namely (1) commitment to promote the well-being of Sint Maarten, (2) give priority to the amendment of the 2015 budget and to the preparation of the 2016 budget in line with the recently adopted Kingdom decree, (3) prepare the planned elections, (4) take steps to introduce electoral reforms and (5) be dedicated to jointly executing their governing responsibilities. Evaluating this Government, based on these five criteria, requires a separate article.
Note that the preparation and presentation of the 2017 Budget was never a part of the assignment of the current NA-DP-USP-Lake-Matser caretaker Government. It is no wonder then that the 2017 Budget was not prepared based on vision, projections or policy plans. Therefore I can certainly understand the frustration of our Members of Parliament as they tried to comprehend and question a budget that does not include a vision, policies, relief or even hope for the people of Sint Maarten.
I can also understand MP Christopher Emmanuel’s frustration when he told the Minister of Finance that he was not feeling him. Indeed, the Minister demonstrated less passion and even less preparation (no PowerPoint presentation) than when he presented his 2016 “Shot Gun” Budget. I believe that the Minister might have been feeling quite awkward knowing that he was presenting a budget that fell outside the scope of the mandate given to him by the Governor.
Consider these two observations concerning the 2017 Budget. In the first place, it seems to me that the budget was not drafted with the people in mind but rather to appease the CFT (Committee Financial Supervision). Before the budget even gets to Parliament it is unofficially sent to the CFT. After Parliament passes the budget it is then sent officially to the CFT for their approval. This causes us to question the role of our Parliament as the highest legislative body in the country as far as finances are concerned because the CFT undoubtedly has the last say.
In the second place there is a clear disconnect between the governing program, presented by Governor Holiday at the opening of the 2016-2017 parliamentary year on September 12th, and the 2017 Budget. One would expect that the 2017 budget would have reflected and supported the plans, policies and programs taken up in the governing program. Apparently, things do not work that way in Sint Maarten. Imagine, that the Governor opens a new parliamentary year, thirteen days before a parliamentary election, knowing full well that thirteen days later there would be a change in the composition of parliament and consequently in government. Of course the date is regulated in the Constitution so there was not much that the Governor could have done about it at that time. However, when the Governor agreed to postponing the snap elections by nine months, this is something that he should have taken into consideration.
Notice the absurdity of the situation. Thirteen days before an election, when the political landscape and the parliamentary coalition are expected to shift and change, we have the Governor presenting the policy plans of government for the coming year! In other words, the sitting government is setting the policy for an incoming government which is to be appointed in a couple of weeks. To me, this is a good example of bad governance and I wonder what went through the Governor’s mind as he read the governing program.
Given the current status of our Government I believe that Parliament cannot demand that the current NA-DP-USP-Lake-Matser caretaker Government presents a vision, policy plans and projections for the 2017 budgetary year because these matters lie outside the scope of their mandate. Therefore, honorable Members of Parliament, you will need to hold off with your in-depth, policy and vision related questions until the new NA-USP-DP Government is in place.
Wycliffe Smith
Leader of the Sint Maarten Christian Party

June 29, 2022
0
PHILIPSBURG:--- Leader of the Party for Progress (PFP) leader Mellissa Gumbs in her address to parliament indicated that her faction intends to submit a...

June 29, 2022
0
PHILIPSBURG (DCOMM):--- The Ministry of Public Housing, Environment, Spatial Planning, and Infrastructure (Ministry of VROMI), hereby announces that there will be an interruption in the traffic flow on the A.T. Illidge Road (Dutch Quarter), the proximity of Nazareth Road...
Read more

June 29, 2022
0
PHILIPSBURG (DCOMM):--- The Ministry of Public Housing, Environment, Spatial Planning, and Infrastructure (Ministry of VROMI), hereby announces that there will be an interruption in...

Committee of Public Health, Social Development, and Labor of Parliament to meet with the...

June 29, 2022
0
PHILIPSBURG:---The Committee of Public Health Social Development and Labor (CVSA) of Parliament will meet on June 30, 2022. The Committee meeting is scheduled for...

June 29, 2022
0
PHILIPSBURG:---The Committee of Public Health Social Development and Labor (CVSA) of Parliament will meet on June 30, 2022. The Committee meeting is scheduled for...

June 29, 2022
0
~ Parliament must approve the law in order for the country to move forward.~ PHILIPSBURG: --- Prime Minister Silveria Jacobs announced on Wednesday that the...