Home Local News Pedro Arrindell is a Candidate on the SMCP Slate. 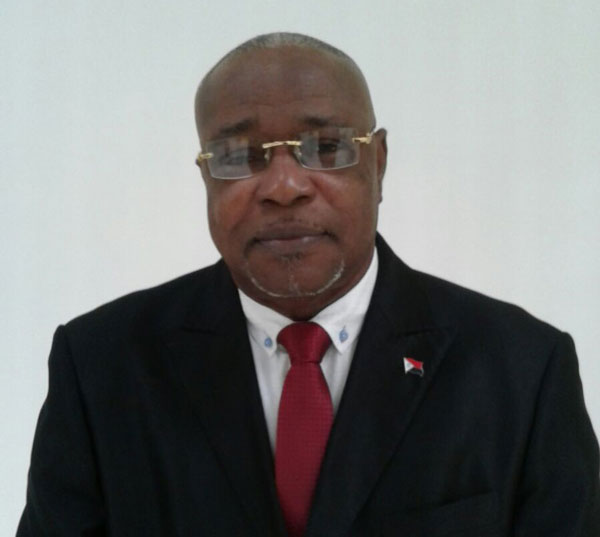 PHILIPSBURG:— The Leader of the St. Maarten Christian Party (SMCP) Wycliffe Smith announces the candidacy of Mr Pedro Arrindell who was born and raised on Aruba and his family is of Sint Maarten roots.
On Aruba Pedro attended the UTS after which he was employed by the Lago Oil Refinery where he also enrolled in the Welding Technology program. Several years later, after becoming a Christian he developed a desire to see the people of Aruba prosper spiritually as well as economically and socially which motivated him to enter the political arena by functioning as one of the campaign managers of well-known Aruban politician, the late John van der Kuyp.
In an effort to grow professionally Pedro migrated to the Netherlands to further his studies in political science and later went off to study Computer technology at the Long Island University in the USA.
Pedro’s first job on Sint Maarten was with the Island Government of Sint Maarten where he was hired as a Safety Inspector. He later worked at the St. Maarten Vocational Training School where he and his colleagues implemented a very successful job training curriculum. Most of the students received employment in the technical field and a number of students went on to study at Technical Training schools in the United States. Based upon his knowledge in the field of the labor laws which he had pursued on his own he obtained the job as Lead Inspector at the Labor Department of Sint Maarten.
During several years of his career, Pedro lapsed in maintaining his faith and cultivating his personal relationship with his creator. However, he reached a point in his life when he realized that he could not continue his life without God and he then rededicated his life to God and has since been committed to rebuilding his relationship with God. He currently assists the leadership of his church and serves in different capacities in the ministry. He also initiated children feeding program in his church and works closely with the leadership of one of the Rehab Centers on Sint Maarten.
The SMCP recognizes Pedro’s love for Sint Maarten and his desire to serve the people of this country for a change.
Wycliffe Smith
Leader of the Sint Maarten Christian Party