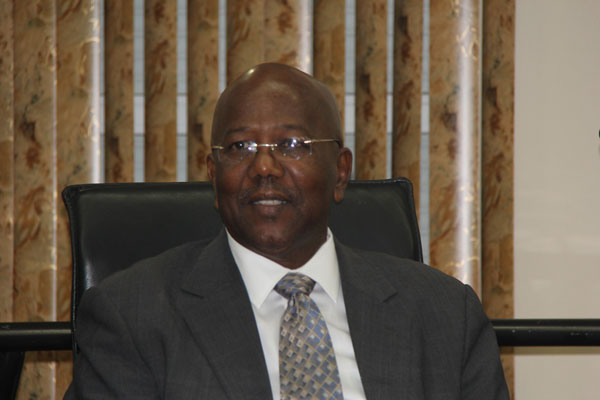 PHILIPSBURG:— Prime Minister William Marlin on Wednesday told reporters at the Council of Minister’s press briefing that after reading the newspapers especially a letter to the editor regarding the government administration building he is obliged to set the record straight.

Marlin said he aware that its election year and there are some politicians that are in full campaign mode but to circulate erroneous information is not something that can be ignored.

He said while browsing through the newspapers he read a letter to the editor that states that some sort of deal was made involing NAF. 50,000.00.

Marlin further explained that the furnishing of the building will be done by government that will be done at a later date. He said that right now focus is placed on the cabling and other needed utilities and adequate parking. Employees would have to use the current parking space at the back of the government building until the parking garage on Pond Island is completed, for now the front of the building will have limited parking space for those persons that will be going to the government building when it is occupied.

He also announced on Wednesday that the old building that they are now using will undergo reconstruction along with an expansion at the back of the building to house the Parliament of St. Maarten. When that is completed he said there will be an overhead bridge from the Parliament Building to the Government Building on Pond Island.