Home Local News PM Marlin to address parliament on Thursday on the appointment of Quartermaster... 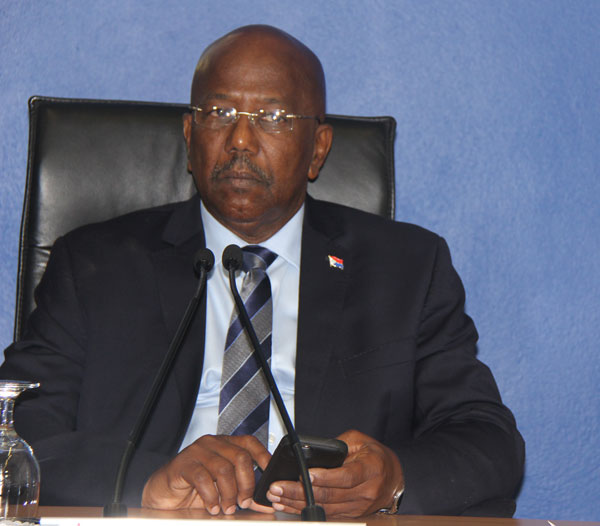 PHILIPSBURG:— Prime Minister William Marlin and Minister of Justice will be attending a meeting of parliament on Thursday afternoon where Members of Parliament and Government will discuss the appointment of the Quartermaster that was appointed by the Dutch Government for the Integrity Chamber.
Marlin said his intention is not to discuss the current situation with the media on Wednesday but he felt it fit to make the announcement.
Oyster Pond Issue still a concern for Prime Minister.
The Prime Minister said that he is still busy discussing with the Minister of Foreign Affairs to further discuss the issues surrounding Oyster Pond since the business that is affected cannot operate and they are losing business. He said that while this international discussion is ongoing a business person that obtained a business license and water rights from the Dutch side is affected. He said that just Tuesday, he received information that a charter that is using Oyster Pond marina has decided to pull their contract from Oyster Pond and will begin using Marigot.
Marlin said that he intend to get off a lot off his chest during the parliament meeting on Thursday while he will also deal with it the issue at the Kingdom conference scheduled for February where the four Prime Ministers will attend. He further stated that the relationship between the Kingdom and the countries is not what it should be and that is one thing he intends to address.

Marlin visits fire victims at Paradise Inn on Wednesday morning.
The Prime Minister announced that he visited the victims of the fire that took place on Tuesday afternoon. Marlin said that the cause of the fire is not yet known, however, that is not important for him. He said the department of Social Affairs is busy providing assistance to the family and they are also working in collaboration with the St. Maarten Housing Development Foundation

Source: St. Martin News Network
PM Marlin to address parliament on Thursday on the appointment of Quartermaster by the Dutch.