PHILIPSBURG:—-On Wednesday January 20th around 05.00 p.m. the Multi Disciplinary Team held a control on the Union Farm road Leading to the so-called 911 Project. During this general control numerous cars were stopped and controlled. As a result of this control three cars and one scooter were confiscated. The cars were confiscated based on the fact that the VIN-numbers on these vehicles were tampered with which is an indication that they were probably stolen. The rider of the scooter could not show any documents of ownership. The vehicles were towed to a safe location to be investigated by the Forensic Department. The owner/drivers of these vehicles were summoned to report to the Police Department to give a complete statement in connection with the further investigation. (See pics attached)

Three illegal  brazillian men arrested.
On Wednesday January 20th at approximately 05.30 p.m. three men of Brazilian nationality were arrested in the Indigo Bay area by the Multi Disciplinary team. The arrest took place after the Emergency Dispatch directed the team to that location shortly after the call that four suspicious men with bags in their hands were in the Cape Bay area towards Indigo bay. Three of these men were arrested after trying to escape from the team. The fourth man escaped and is still at large. The men in question were brought to the Philipsburg Police Station for further investigation. The Immigration and Border Protection Services will take over the investigation.

November 28, 2021
0
PHILIPSBURG:--- The Committee of Education, Culture, Youth, and Sports Affairs of Parliament will meet on November 29, 2021. The Committee meeting, which adjourned on October... 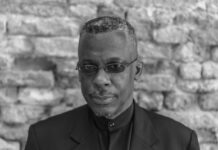 November 28, 2021
0
PHILIPSBURG:--- There are Caribbean cultural workers that are as focused on the historical meaning of Barbados becoming a republic on November 30, as are...

November 28, 2021
0
PHILIPSBURG:--- There are Caribbean cultural workers that are as focused on the historical meaning of Barbados becoming a republic on November 30, as are... 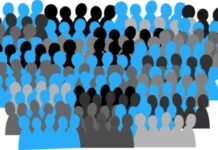