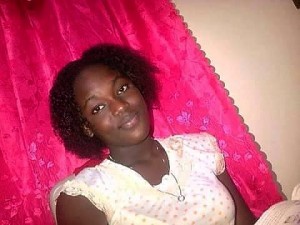 PHILIPSBURG:— On Sunday March 13th 2016 a missing person report was filed with police department by the mother and aunt of the young girl by the name of Tammia Tamakia FLEMING, 14 years of age and residing in Sint Peters.
Tammia was last seen on Thursday evening March 10th 2016 between 06.00 and 07.00 p.m. at her home in Sint Peters. She was dressed in a black top, black shorts and black slippers. Tammia has since then not been seen or heard from. According to the mother of Tammia this is not the first time that Tammia left the home and stayed away for a short period of time but it’s the first time she left the home and did not return.
Immediately after the report was filed the investigating officers started a search to locate Tammia. The family members were advised by the police department to also file a missing person report with the Gendarmes because of the possibility of Tammia also hiding out on the French Side.
The investigating officers working on this case, on a daily basis attempted to contact the mother of Tammia in order to exchange information regarding the search for Tammia and to remain updated with the progress of the investigation. However these calls were never answered leaving the investigating officers no other choice than to get in contact with other family-members.
On Wednesday March 16th the mother of Tammia came to the Investigating officers of the Juvenile Department after an aunt of Tammia was contacted by telephone by the investigating officers. . The mother stated that she got information that she was seen in Grand case and that she has been looking for her everyday and that she was sorry that she did not report back to the police department.
The search to locate Tammia is still ongoing and the police are asking her to report to the Juvenile Department to let them and her family members know where she is and that she is fine.
The police is also asking the general public who may have seen Tammia or have information concerning her where about to immediately get in contact with the Juvenile Department by calling 54-22222 ext. 501, 502, 503, 504 or they can call the tip line which is # 9300.