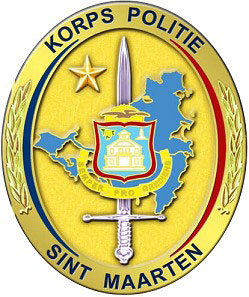 PHILIPSBURG:— In connection with the statement made by the attorney at law Sjamira Roseburg in the edition of the Daily Herald of Monday July 4th 2016 regarding the trampling of the rights of a minor, the police department is responding with the following;
The suspect in question is 17 years old and will be 18 next month. He is in custody suspected of being involved in one or more armed robberies where firearms were used. During the police interrogations, the essential question of voluntarily giving saliva to make a DNA profile could not be asked to the suspect. It’s an investigation whereby more suspects are involved and also detained and who have also given samples of their DNA.
In the interest of the ongoing investigation and the community of Sint Maarten at large, the suspect was contacted at “Miss Lali Center” in Cape Bay where he is in detention in connection with this investigation. After being explained what DNA is and how important it is for the investigation and also if he has no involvement with the robberies it can be in his favor. The suspect was then asked if he would voluntarily cooperate in giving saliva in order to make a DNA profile which would be matched with evidence obtained by police during the investigation. The suspect in question said “yes” and a process-verbal was made by the relevant investigating officer who in turn forwarded it to the prosecutor who is handling the case. The contact that was made with the suspect was not an interrogation but a question placed to the suspect to see if he was willing to cooperate.
The prosecutor in turn submitted a request to the judge of instruction who is the competent authority for giving the order to have DNA taken from a suspect. The Judge of instruction found it fit to have the DNA sample taken and issued an order to have such done. The police are in the possession of both the request made by the prosecutor and the order issued by the judge of instruction dated respectively the 27th and 28th of June 2016.
The police department did not trample the rights of this suspect or any other suspect and totally against this type of behavior.