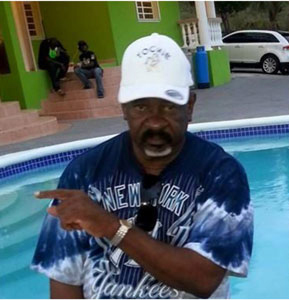 PHILIPSBURG:— Etienne Toochi Meyers and his employees Dulicia Florentina, Louella Rog And Ramphis Rondei would have to spend the next eight days behind bars as the detectives that raided Etienne Toochie Meyers home and two of his brothels El Captain And Le Petit Chateau continue with their investigation.

Attorney At Law, Jairo Bloem told SMN News that the four suspects that were arrested early Tuesday morning appeared before the Judge of Instruction on Friday morning. Bloem said St. Maarten needs local prosecutors that will understand the reality of the local society. He said Meyers have been a long time police officer who left the police force in good standing to join the private sector.

Bloem further explained that Meyers do not only operate the businesses in the sex industry but the businessman has built his name and career as a businessman in several sectors, therefore, Etienne Toochie Meyers have a reputation and has earned the respect of many people on St. Maarten. Besides that Meyers is very active in politics since his wife and brother were Members of Parliament since St. Maarten became a country.

As for the case itself SMN News learnt that this investigation began over a year ago in the Dominican Republic where a complaint was filed against recruiters of sex workers in that country and the prosecutor’s on St. Maarten used the opportunity to use excessive force to raid the business establishments and destroy the properties belonging to Meyers when the learned that some of the commercial sex workers were working at the club without the necessary working documents.