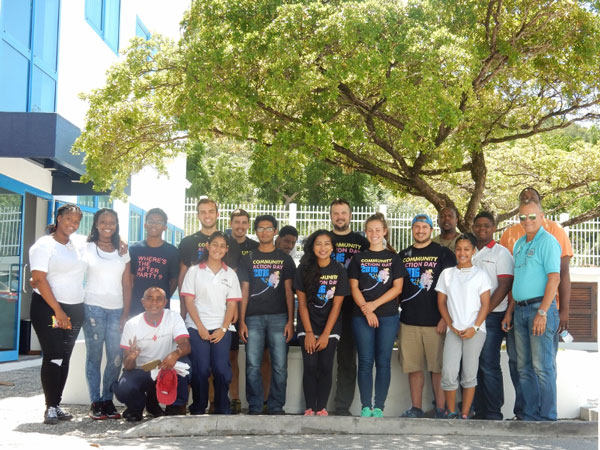 GREAT BAY(DCOMM):— The National Mosquito Elimination Community Program Zika Virus disease (ZikV) “Beat ZikV,” completed its inspection of the residential area of South Reward and is now busy in the Weymouth Hill area. Inspections in the latter district will continue this weekend.

The cooperation of all residents is needed in order to beat the Zika virus and other mosquito-borne diseases.

A home owner’s survey was also carried out to determine people’s attitudes towards and knowledge of mosquitos and elimination measures.

Even though the residents of the Cul de Sac Basin are aware of mosquito problems in their area, 35 percent said that the Collective Prevention Service (CPS) wanted to see fogging; 26 per cent wanted a non-chemical control such as eliminating standing water; several homeowners requested more backyard mosquito surveys and better educational programs; while 35 percent purchased insecticides to control the mosquito populations in their yards. Surprisingly, only 19 percent of the homeowners carry out their own mosquito elimination measures when they have a mosquito problem.

The Vector Control Unit of CPS was supported by personnel from the Department of Community Development and Humanitarian Affairs, and volunteers from the St. Maarten Red Cross and the American University of the Caribbean (AUC).