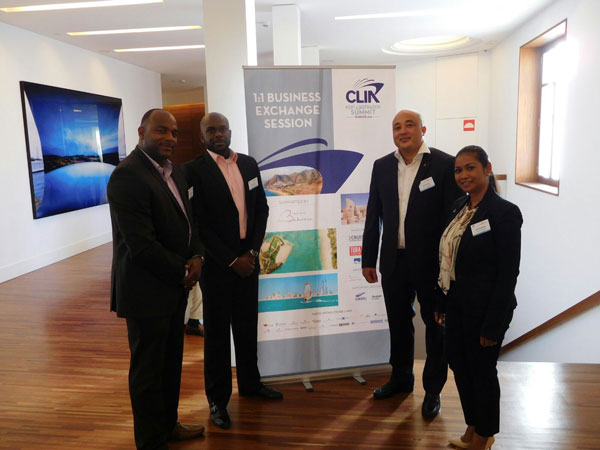 POINTE BLANCHE:— Port St. Maarten will be represented at Seatrade Cruise Med when it kicks off on Wednesday in Tenerife, Canary Islands. This is a major biennial cruise event focused on the world’s second largest cruise destination, the Mediterranean, and its adjoining seas.
Seatrade Cruise Med is hosted by Port Authority of Santa Cruz de Tenerife and is taking place from September 21-23 at the International Trade Fair and Congress Centre in Santa Cruz de Tenerife.
More than 3,500 participants visited the showcase exhibition in 2014 where over 180 exhibitors from all around the globe, including numerous companies new to cruise, showcased their products and demonstrated innovations on the exhibition floor.
The 2014 conference also included over 160 cruise line executives; participation from 93 countries who had representation, a 35 percent increase from 2012.
The Port St. Maarten delegation is headed by Mark Mingo, Chief Executive Officer (CEO), and includes Supervisory Board Member Jason Rogers, Bertrand Peters, General and Governmental Affairs Liaison, and Ichel Moeslikan, Cruise & Yachting Operations Officer.
“By being represented at this cruise tradeshow, we are once again are able to learn about new trends and developments taking place in the cruise industry, and at the same time, it gives us a full spectrum to meet face-to-face with cruise lines and network with key personnel within the industry including decision-makers from the world’s cruise lines.
“This is an opportunity to inform and reveal future plans and showcase services, products etc. to industry stakeholders all under one roof. This conference is a leading platform for discussion and debate on issues confronting the cruise industry and at the same time allows us to adjust our strategic approach where necessary based on industry developments especially where it concerns the growth of cruise,” Port St. Maarten Management said on Tuesday.
CLIA announced recently that the cruise industry has surpassed 2015 ocean cruise passenger projections and has increased passenger expectations for 2016, a sign that the industry is stronger than ever.
The industry reported a total of 23.2 million passengers on ocean cruises globally in 2015, up from a projection of 23 million, and a four percent increase over 2014. As a result of steady year-over-year increases, CLIA has modified 2016 expectations and is now predicting 24.2 million travelers will set sail on ocean cruises around the world.
CLIA adds that when looking at the travel industry, cruise travel has astonishing long-term growth potential since it represents only two per cent of the total leisure travel market, has the highest satisfaction rates among global travelers and is growing in popularity.
In fact, according to the United Nations World Tourism Organization, in the decade between 2004 and 2014, global cruise vacations have grown faster in popularity than land-based vacations by a 20- percent margin.