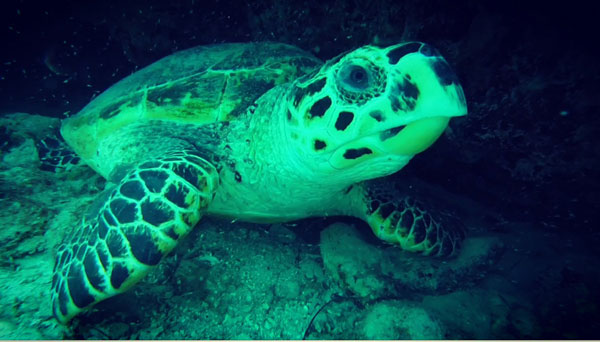 PHILIPSBURG:— The St. Maarten Nature Foundation is inviting Organizations, Groups and Individuals who are interested in volunteering or participating in the 2016 Nature Foundation Sea Turtle Nesting Conservation Project to attend a short workshop at the Divi Little Bay Resort on Thursday May 19th 2016 starting at six in the evening (18:00). During the workshop important information will be given on the handling, reporting, observation and protection of St. Maarten’s resident and nesting Sea Turtle Population. “Recently there has been a great deal of interest in hatchling sea turtles; however the population needs to be aware of the way in which the animals should be handled and taken care of, who to contact, what to do etc. In the past we have had people who were very enthusiastic seek to help the animals but oftentimes create more harm than good. Now with the generous support of Divi Little Bay we have the opportunity to educate the public and at the same time build a solid volunteer group to assist us with monitoring,” commented Nature Foundation Manager Tadzio Bervoets.

The St. Maarten Nature Foundation actively manages the sea turtle population on St. Maarten, particularly during the nesting season and conducts various activities with regards to nesting females including beach surveys, nest excavations, tagging activities, and nest success research. The Nature Foundation welcomes any volunteers who might be interested in Sea Turtle research. Beach communities in particular are in the best position to help ensure that females nest safely, that nests are left undisturbed and that hatchlings make it safely to sea. The Nature Foundation asks that people do not drive on the nesting beaches and that they walk their dog on a leash.

Sea turtle population numbers have plummeted to dangerously low numbers throughout the past century due to human impacts, bringing many species close to extinction, causing them to be listed as critically endangered. In order to reverse this trend, all sea turtle species are now protected by international laws and treaties as well as local laws. Based on ARTICLE 16 and 17 of the Nature Conservation Ordinance St. Maarten it is illegal to kill, wound, capture, pick-up, have animals that belong to a protected animal species, to directly or indirectly disturb their environment resulting in a physical threat or damage to the fauna or to commit other acts which result in disturbance of the animal. It is also forbidden to upset an animal belonging to a protected species, to disturb, damage or destroy its nest, lair, or breeding place, as well as to take the nest of such an animal. Also, it is forbidden to pick-up or to destroy the eggs of animals belonging to a protected species.