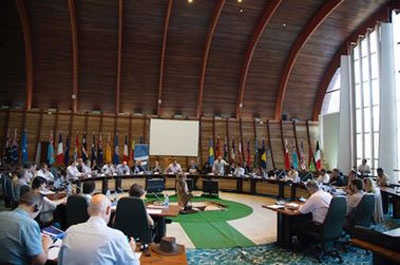 Brussels:— An international conference in Ponta Delgada, Azores, 12-­‐13th April, will gather representatives of the European Union’s Overseas Countries and Territories (OCTs)*, the government of the Azores, the European Commission and innovation experts to look at how innovation is spurring sustainable development in both groups of small islands and the scope for future initiatives. Mr. Jude Houston, Innovation Manager for St Maarten, will take part.

The event taking place at NONAGON -­‐ São Miguel Science and Technology Park is being organized by OCTA Innovation in cooperation with the Government of the Azores. OCTA innovation is propelling innovation in the OCTs. It is assisting the implementation of Territorial Strategies for Innovation, including technical, demand-­‐driven support to OCT governments and the financing of a number of pilot projects. The aim is to propel growth and economic diversification in the OCTs and improve their competitiveness.

“Governments must take the lead in systemic innovation across all sectors; fostering partnerships between public and private entities and building capacity and knowledge. The ambition is to grow a number of thematic centers of excellence among OCTs with a focus on those sectors where individual OCTs are already leading the way and to share expertise among OCTs,” says Milan Jezic von Gesseneck. The centers will share their expertise with other OCTs.

As mostly small islands distanced from the EU mainland, the OCTs face similar challenges to the diversification of their economies as the EU’s Outermost islands which include the Azores, a group of Portuguese islands in the Atlantic.

The conference is an opportunity for OCT Innovation Managers -­‐ government appointees who are leading the way on innovation in the OCTs -­‐ to learn about the Azores’ approaches to innovation. Yet, they have in common unique innovation potential including renewable energy and niche tourism. Panels will take a closer look at innovation initiatives in different sectors in both the OCTs and the Azores: renewable energies; the digital economies; the green and blue economies and the cultural sector.

Key speakers at the event include: Pedro De Sampaio Nunes, Entrepreneur, former Secretary of State of Science and Innovation and former Head of the EUREKA Secretariat; Robert Burmanjer, Head of Unit for “Knowledge Management” in the European Commission’s Directorate General for International Cooperation, Giles Garel, Full Chair Professor of Innovation Management at the Conservatoire national des arts et métiers in Paris and Paulo Carreiro, Director for Business
Development in the Azores.