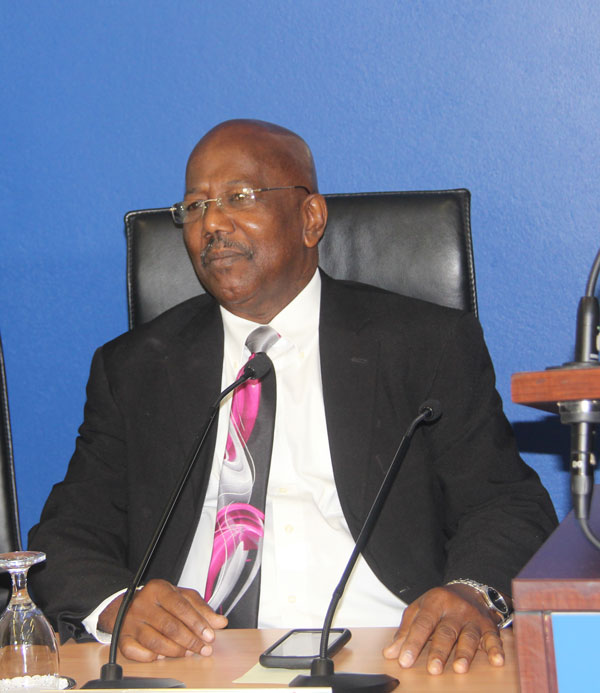 Minister of Finance met with Council General of China to discuss Pearl of China and other matters.

PHILIPSBURG:— Prime Minister William Marlin expressed his concerns to the family of the 14-year-old boy who was badly injured during the year-end celebrations when a firecracker exploded in his hand leaving him severely injured.
Marlin said on December 30th, 2016 he along with the Minister of VROMI spend most of the day regulating some issues with Firefly, yet someone managed to bring in fireworks and sold them illegally. The Prime Minister said that while he does not know who sold the firecracker that did not meet the regulations and also did not have a permit to bring in firecrackers police now have to investigate who the culprit is and who gave it to the 14-year-old. He said on that day the Prosecutors and the fire department spent an entire day to regulate the sale of fireworks that falls under the law. He said Firefly followed the procedures in order to sell fireworks. He said despite all of that someone managed to import illegal fireworks and sold it, leaving a young man with lifetime injuries.
Apart from that, the Prime Minister told members of media on Wednesday that the current coalition government is hoping that they will last the full four-year term and such they expect to work much harder on several issues affecting the people.
Marlin said one of the things he intends to discuss with the incoming Minister of TEATT is the issuance of a hulp chauffeur license. He said these past weeks he has been filling in for that Minister he realized that several persons requested such a license months ago and only now he is signing off on them. The Prime Minister said that this is something that could be processed in a day or two. He made clear that a hulp chauffeur license is not the same thing like giving out lease land, however, it’s a license that is given to holders of bus and taxi licenses that needs a hulp chauffeur probably for health reasons.
The Prime Minister also announced that the Minister of Finance Richard Gibson Sr traveled to Curacao to meet with the Council General of China to further discuss the cooperation between the two countries and the Pearl of China project. Marlin said he also had to attend the meeting but could not thus leaving the Minister of Finance to attend the meeting alone. Marlin said that even though the island is small there are some challenges with the Pearl of China project but he does believe that the project will kick off soon and it will do St. Maarten good since the types of investment will bring more monies and jobs to the country.