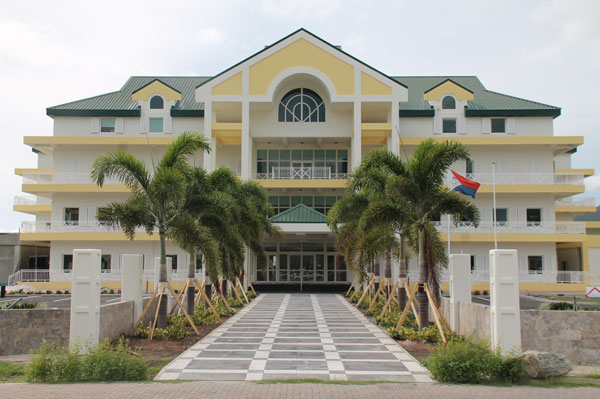 PHILIPSBURG:— As of this week, Prime Minister William Marlin via the Department of Communication (DCOMM) has suspended the Live Weekly Council of Ministers Press Briefing for the period of November 23rd through the 30th.

The cancellation of the Live Weekly Council of Ministers Press Briefing is for DCOMM to facilitate the move of the existing television production equipment to the New Government Administration building, on Pond Island. The timing of the move to the new Government Building is to facilitate the Charlotte Brookson Academy School who will begin to occupy the old Government Building at the Clem Labega Square as of November 30th, 2016.

The Department of Communication hereby makes known to the media and the general public that the Council of Ministers will be available for comments or to answer any questions as is customary. All Ministers will continue with their regular activities and this will be communicated to the public via the media.

The Department of Communication regrets any inconvenience this may cause. Please continue to visit the Official Government website www.sintmaartengov.org, the Facebook page SXMGOV & the YouTube Channel for information from the Government of Sint Maarten.