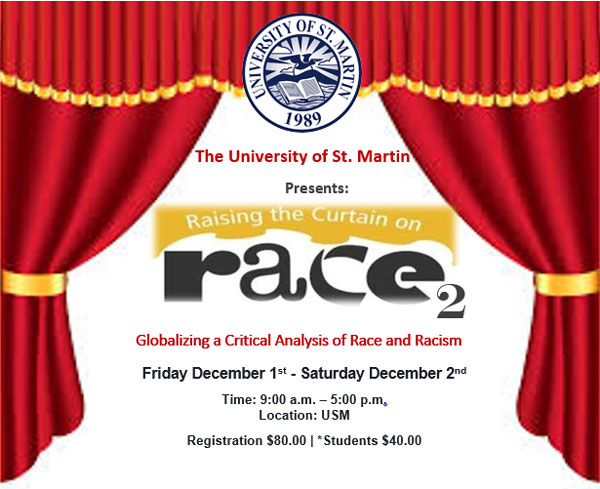 PHILIPSBURG:— Faced with what many consider the worldwide resurgence of virulent forms of ethnic chauvinism and xenophobia, fear and urban uprisings as Donald J Trump prepares to inhabit the White House, and, the PVV, the Dutch rightwing party, becoming the major vote getter in the upcoming elections in the Netherlands, The University of St. Martin (USM) has teamed up with the Eastern Caribbean Public Health Foundation (ECPHF) of St. Eustatius, and the National Archaeological and Anthropological Memory Management (NAAM) on Curacao, to organize a 2 day Conference entitled: Raising the Curtain on Race.

To start off the discussion and offer useful input, Mr. Quinsy Gario, one of St. Martin’s most famous social activists, will give the keynote lecture. Gario, who was born on Curaçao but grew up on St. Maarten, is a regular on Dutch TV programs and radio. He has featured in international documentaries and news channels such as CNN and BBC. A columnist and poet in his own right, Gario, has galvanized attention in the Netherlands for those who oppose the blackface tradition in the Netherlands associated with SinterKlaas and Zwarte Piet.

The Dean of the University of St. Martin , Ms. Geneve Phillip commented that “USM is proud to be able to contribute to a conversation that is taking place globally. The issues of race and race relations have implications not only where dichotomous relationships are prevalent between black and white but there are also implications for us in the Caribbean region, which is often perceived to be homogenous. Based on the region’s history of European colonialism, this is evidently not quite the case. The intention therefore, is to reflect on past conversations in the sphere of race relations, linking it to contemporary discourses in an effort to determine the extent to which we have made any progress”. The community of St. Martin is invited to come out and participate in the conference which features local personalities, such as Drs. Delano Richardson, Mr. Darren Wilson, Dr. Rhoda Arrindell and Ms. Wendie Brown. 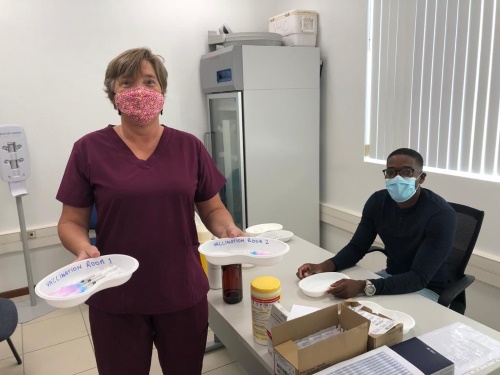 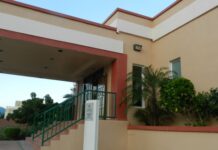