PHILIPSBURG:— Kingdom Council of Ministers expresses serious doubt over “ship jumping” solution proposed by St. Maarten. The law of “unintended consequences” raises its ugly head as the Kingdom Council gave a negative advice on the changes to be made in the country’s constitution which would have addressed the so-called ship jumping.

The Kingdom Council of Ministers has informed the Prime Minister of St. Maarten that their proposed changes to the constitution to stop ship jumping will not work since it will hinge on democracy within parliament.

They pointed out that if an MP jumps ship the remaining members might not be able to form a majority, while no new ministers could be appointed since the member who jumped ship is not allowed to nominate a minister. This means that a new government cannot be formed, while the sitting government has lame-duck status as it has been forced to resign due to the lack of majority support in Parliament. The law thus creates new problems and is not conducive to stable government.

Secondly, they point out the difficulty of deciding when an MP is no longer a member of the party through which he was elected. If he remains in his party, but votes with the opposition is he excluded from nominating a minister? Or must he first be sacked by his party? Or if a party has two MP’s and one leaves which member then belongs to the party through which he was elected? If political parties are to play such a role in the constitution, then decision making within the party should also be regulated in the constitution.

This proposal changes the balance of power between government and parliament drastically, the Kingdom Council states, thus that would increase the role of political parties. As it is now Parliament does not nominate ministers. This proposal creates that right, then proceeds to limit it to only the then existing factions, which in turn increases the power of the party leader. A country decree is still needed to install a minister, but the Prime Minister has to follow the nomination of Parliament, which effectively reduces the Prime Minister to a rubber stamp. He can then be saddled with cabinet members he does not want.

Finally the proposal creates two categories of MP’s; those who can nominate ministers and those who cannot. There doesn’t appear to be any justification for this in this proposal says the Kingdom Council.

The Council of Ministers then suggests to the Prime Minster that he seek some other solution, while offering him assistance if he so desires.

They conclude by threatening unspecified “objections” if St. Maarten were to adopt the proposed changes.

From the above it can be concluded that “ship jumping” has not been fixed, through the proposed changes to the electoral reform.
Former Prime Minister Marcel Gumbs in his LB to the Governor of St. Maarten after his cabinet was given a motion of non-confidence stated that his reasons for dissolving parliament and call for new elections was to stop ship jumping which he said has created instability in the country. While Prime Minister William Marlin promised to fix ship jumping through electoral reform then call new elections which is scheduled for September 26th. Since ship jumping has not been fixed, the rationale for holding elections no longer exists. Elections can be held in September, and by December the government can again collapse.
It is either the current government stays in office as long as the coalition could last or the Prime Minister could submit the resignation of his cabinet, and dissolve Parliament and hold new elections, this way the people of St. Maarten would have yet another chance to choose a government that would work for them, and could remain stable.
SMN News learnt that the United Peoples Party is planning to present a motion to Parliament to postpone the 2016 elections. The UPP leader and one of his MPs made the same suggestion to Prime Minister William Marlin some months ago when he met with the Prime Minister and asked that they form a national government.

July 28, 2021
0
SABA/THE HAGUE:— The Saba delegation that recently visited The Hague discussed a proposal to draft the Tourism Master Plan 2022-2027. This long-term plan of...

July 28, 2021
0
PHILIPSBURG:— Reports of unnatural deaths at the Mental Health Foundation are mounting, patients that were placed in restrictive custody ended up dead yet information regarding these deaths of these vulnerable persons in the community are being withheld. Minister of Justice...
Read more

July 28, 2021
0
PHILIPSBURG:— Reports of unnatural deaths at the Mental Health Foundation are mounting, patients that were placed in restrictive custody ended up dead yet information... 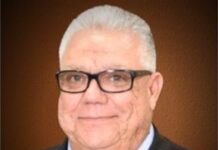 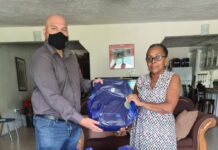