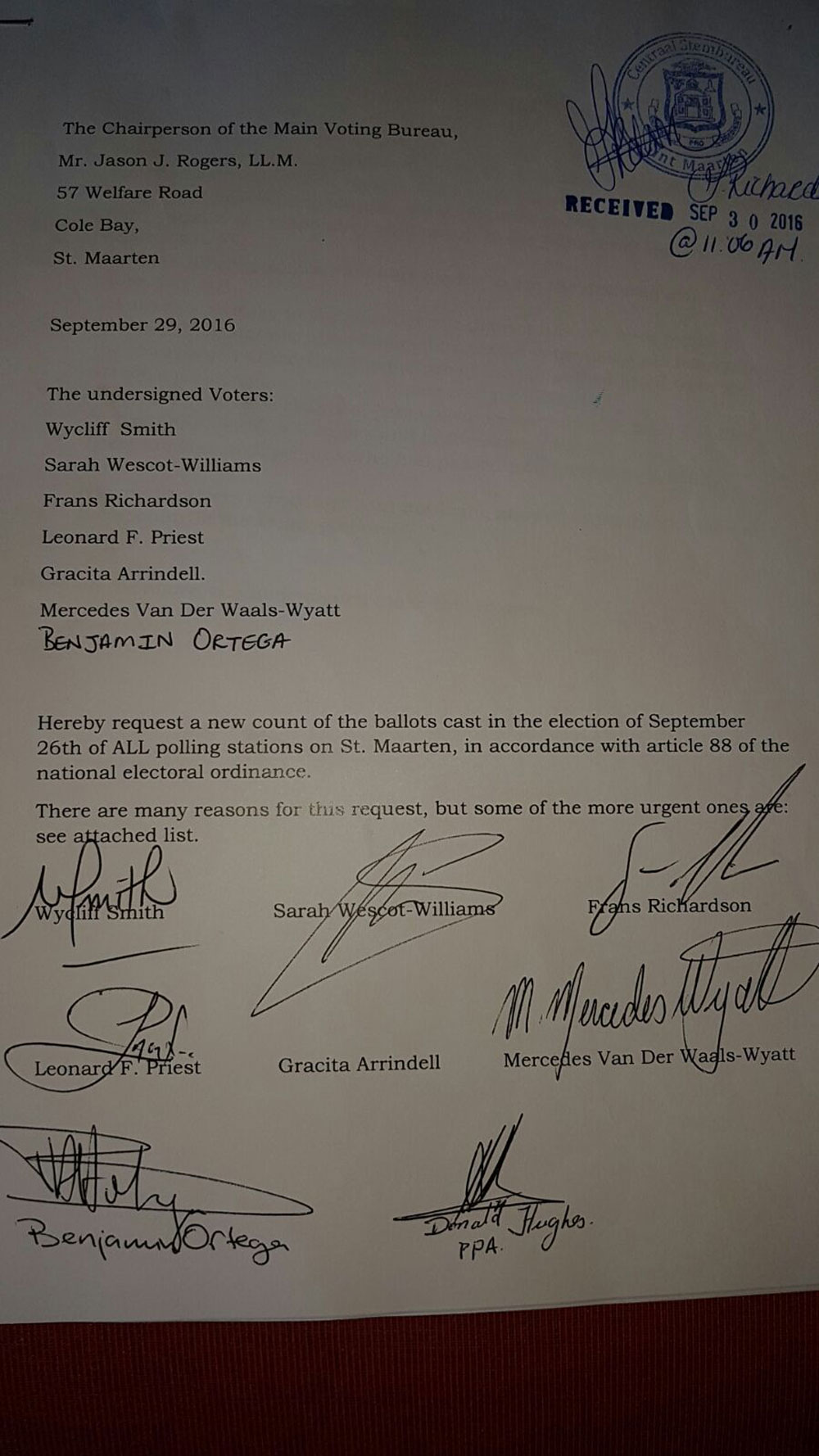 PHILIPSBURG:— Several persons on Friday, September 30th, submitted a request to the Chairperson of the Central Voting Bureau for a recount of ballots in all districts on St. Maarten.
According to the law, every voter on St. Maarten has the right to do so.
The letter signed by Mr. Wycliff Smith, Frans Richardson, Leonard Priest, Benjamin Ortega, Mercedes van Der Waals-Wyatt, Don Hughes and Sarah Wescot cites several reasons for this request, amongst which:
The refusal to allow voters inside the voting hall to observe the proceedings, the closing of a station, the announcement of erroneous numbers, voting cards for deceased persons and a serious mishap with the reporting of the results, the use of cellular phones etc.

In addition, at least 2 others, Patricia Flanders and Jacqueline Brooks, candidates on the DP slate, have asked for a recount in their respective polling stations, citing the impossibility of them having received 0 votes in the district where they personally cast their votes.
The Central Voting Bureau has to validate the outcome of the election on Monday, October 3, 2016.