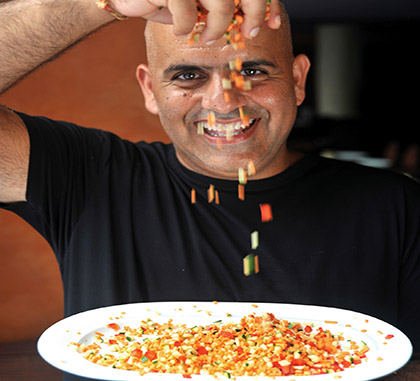 PHILIPSBURG:— Restaurant chef D.J. has been sentenced on Wednesday, October 5 by the Court of First Instance of St. Maarten to community service of 100 hours. The suspect has to also pay a fine of USD 80,550. His company, Dino’s Corporation N.V. too has been fined an amount of USD 80,550 for deliberately not complying with the obligation to pay profit tax between November 2007 and October 2011 according to General Ordinance on Taxes (”Algemene Landsverordening Landsbelastingen”).With its ruling, the court confirmed the penalty the Prosecutor’s Office had demanded.

D.J. is the managing director and only shareholder of Dino’s Corporation. He also runs a restaurant called Rare. The court found the suspects guilty of not keeping a proper business administration and of making false financial statements in the Corporation’s bookkeeping. Also, the franchise agreement between Dino’s Corporation and Rare International was invented and drawn up by D.J. with the intention to pay fewer taxes, according to the court.

The Judge in its ruling said that the suspects committed a serious offence which had cost country St. Maarten a lot of money.