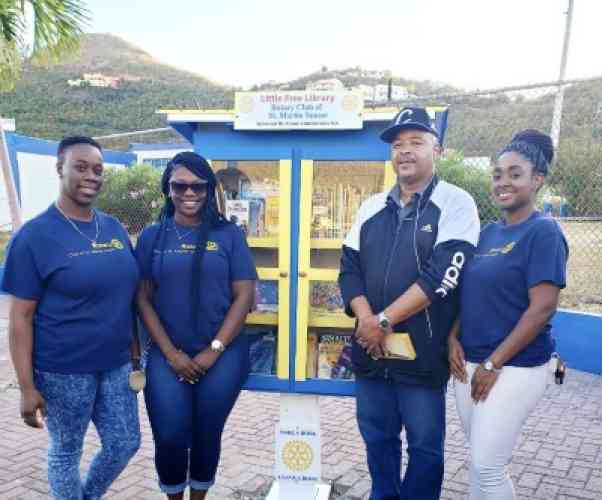 PHILIPSBURG:—The Rotary Club of St. Martin Sunset launched its second Little Free Library on the Dutch side of the island at the Raoul Illidge Sports Complex in the presence of the National Sports Institute Director Mr. Maikel Cornet, as well members of the club.

The concept of the Little Free Library was initially introduced in 2009 by Rotarian Todd Bol of Hudson, Wisconsin and the idea quickly spread throughout thousands of communities in the United States, with the goal of creating awareness on the importance of literacy. The Little Free Library is not new for the island of St. Martin,