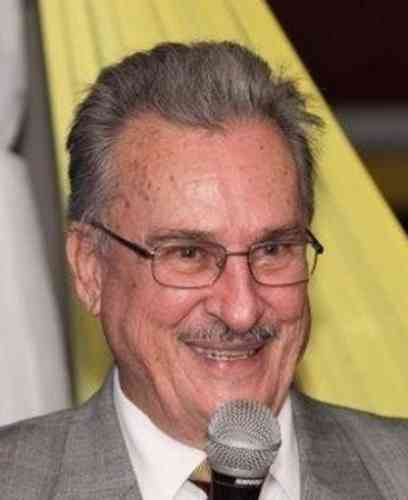 PHILIPSBURG/Den Haag :—  On September 28th, 2018 the Council of Ministers for the Kingdom agreed on the intention to propose Mr. Russell Voges to the King as a member of the Board of financial supervision Curaçao and Sint Maarten (Cft) upon the recommendation of Sint Maarten.

Russell Voges was born and currently resides on Sint Maarten. He has made a career in public administration on Sint Maarten and in the former Netherlands Antilles, among others as Lieutenant Governor of the island of Sint Maarten, and twice as Minister of the Netherlands Antilles. Given his previous experiences as Minister of Finance and as a member of the Board of Supervision of SOAB (2004-2016), he is well versed in public finance.

The appointment of Mr. Russell Voges in the Cft will take effect on October 1st, 2018. He succeeds Mrs. Maria van der Sluijs-Plantz, who from that moment on is appointed to the Council of State in the Netherlands as State Council for Sint Maarten.

The Board of financial supervision Curaçao and Sint Maarten consists – in addition to chairman Mr. Raymond Gradus – of Mr. Henk Kamp (upon the proposal of the Netherlands) and Mr. Gregory Damoen (upon the proposal of Curaçao). With the appointment of Mr. Russell Voges the Board is complete again. Coming October Cft will visit Curaçao and Sint Maarten for the first time in its new composition. Chairman Raymond Gradus states “to be pleased that this coming trip can take place in its complete constellation and to look forward to working with Russell Voges.”

November 29, 2020
0
PHILIPSBURG:— In recent weeks an alarming number of serious accusations were levied against members of the Sint Maarten Police Force, claiming their alleged involvement...

November 29, 2020
0
PHILIPSBURG:— The record-breaking 2020 Atlantic hurricane season comes to an official end on Monday, November 30 with 30-named storms under its belt. Disaster Coordinator and Fire Commander Clive Richardson, and on behalf of Prime Minister Silveria Jacobs, chairlady of...
Read more

November 29, 2020
0
PHILIPSBURG:— The record-breaking 2020 Atlantic hurricane season comes to an official end on Monday, November 30 with 30-named storms under its belt. Disaster Coordinator...

November 29, 2020
0
PHILIPSBURG (DCOMM):— Ministry of Public Housing, Environment, Spatial Development and Infrastructure (Ministry VROMI), announces that there will be a partial closure of a section...