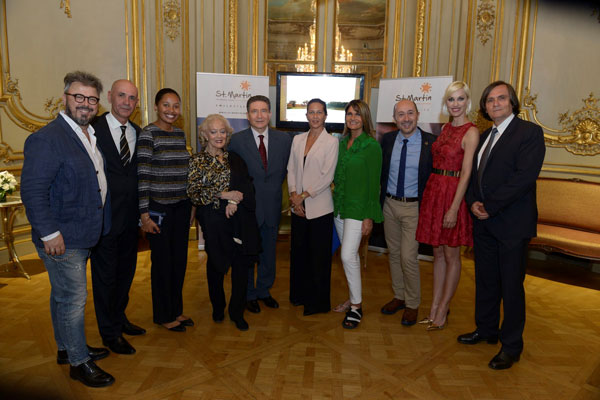 From the 28th of November to the 2nd of December, the Office of Tourism visited Buenos Aires where a representative had been named to promote our destination in four South American countries.

For the last six months, Marcelo Suarez has worked in Buenos Aires on behalf of the Office of Tourism of Saint-Martin in order to boost interest the South American markets in Argentina, the Chile, Uruguay and the Paraguay. Director Kate Richardson and Aida Weinum, responsible for the Americas market, went to the Argentine capital for a report on promotional activities in these countries. “We noted that fewer Brazilians were coming to St. Martin and that it was necessary to work differently on the South American market, while maintaining the presence of a representative in Brazil” Kate Richardson said. In recession since the end of 2014, this country is facing a serious economic, social and political crisis that has forced St. Martin to quickly strengthen its actions to promote tourism in other markets in Latin America. This has been, encouraged by the growing enthusiasm of the Argentines for our destination. A potential that the Office of Tourism intends to exploit in order to boost visitor numbers in the low-season. “The goal is to even-out the seasonality by generating an influx of visitors at the period when the island needs them most. Which implies a special effort to maintain this South American market” Ms. Richardson added.
So, the Tourism Office of Saint-Martin took advantage of this visit to create a real “buzz” around our destination. On December 1st, the key date of the trip, Kate Richardson and Aida Weinum participated in an evening of ‘networking’ at the Embassy of France in Buenos Aires, in partnership with Atout France, the French tourism development agency. Persons who were present, in addition to the Ambassador of France in Argentina, Pierre Henri Guignard, were tour operators, journalist from trade magazines, opinion leaders and a certain number of celebrities including the model Ingrid Grudke who had already visited our island.

Applying for a U.S. Student Visa or Canadian Study Permit” workshop scheduled for May 25, 2021. | SMN NEWS

May 7, 2021
0
PHILIPSBURG:— An informative workshop entitled “Applying for a U.S. Student Visa or Canadian Study Permit” will be held on May 25, 2021, by the Student Support Services Division (SSSD) of the Ministry of Education, Culture, Youth, and Sports Affairs.This...
Read more