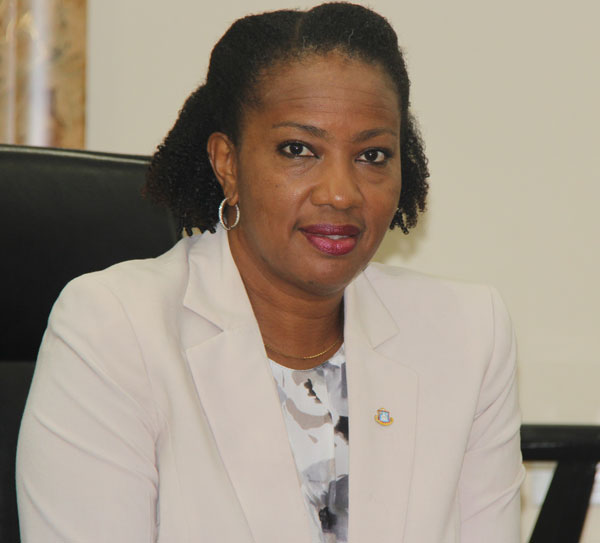 PHILIPSBURG:— Minister of EYCS Silveria Jacobs made some clarification on the “One Tablet per child or ITT” in the classroom which had a name that is misleading, and as such her committee chose to change the name to i-step. (Inspiring Students with Technology in Education Project) Minister Jacobs said that the name “One tablet per child” gave children and even parents the perception that each student would have gotten a tablet to take home or even in the classroom or the project is just about tablets. Minister Jacobs said while the name is catchy and well known even internationally its quite misleading. She said the aim of the project is to establish the 21st century thinking in the classrooms.
In explaining the project the Minister said school managers and teachers will receive training before the project is launched, when it is launched each public school with the exception of Prins Willem Alexander School will get the necessary ICT devices in order for them to open up education while keeping teachers and the school update.
The project is expected to kick off in October. She said the only school that will be fully equipped is the Prins Willem Alexander School, while the other schools will be done in phases, starting in 2016 to 2018.
The Minister also gave an update on the replacement of light bulbs at some of the sports facilities that falls under government. The Minister said that they are still looking at the sports budget to see how many of these facilities could be updated for year 2016. She said that there are 10 sports facilities but a number of them are on private properties.
Apart of that the Minister in response to a question from SMN News regarding the school bus policy said to date that has not been finalized, since they are still going back and forth with the School Bus Association and the two Ministries, namely TEATT and EYCS.