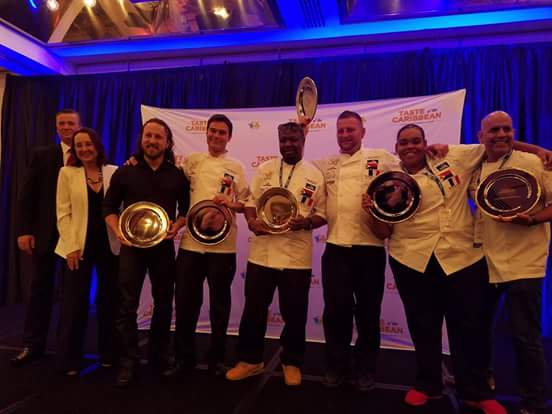 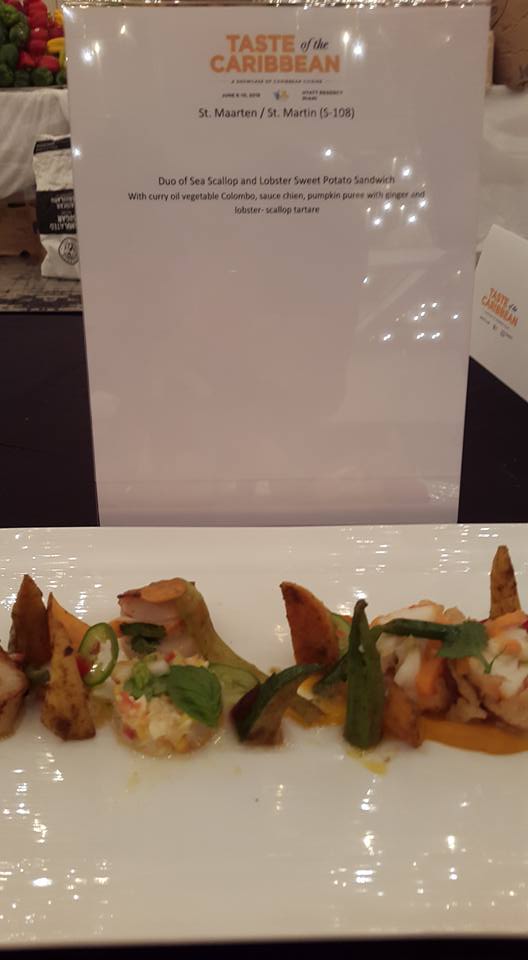 All results of the competition can be found on : https://www.facebook.com/CaribbeanHotelAndTourismAssociation/?fref=ts and on the Caribbean Hotel and Tourism website www.chta.com/events.

The SHTA took the initiative to revive the St. Maarten/St. Martin Culinary team and make their re-entry into the prestigious Taste of the Caribbean competition after being absents since 2009. Open calls were placed for the islands best chefs and bartenders to compete for a place on the National Team at the Sundial School. The winners were selected by experienced and renowned judges with decades of experience in the Culinary field.

In the subsequent months, the newly created team practiced intensely at the Sundial School, under the guidance of Team Captain Dino Jagtiani and Team Coach Bart Peut. The team’s progress was showcased during three sold out fundraising dinners that were hosted at the Oyster Bay Beach Resort, The Sonesta Great bay Beach Resort and Temptation Restaurant. On Saturday June 5th, the National team travelled to Miami to compete against teams from the entire Caribbean basin in the “Taste of the Caribbean Competition”. After four intense days of cooking and bartending, the team returned to St. Maarten on Saturday June 11th as celebrated medal winners.

A sincere thank you is also extended to Team Captain Dino Jagtiani of Temptation Restaurant, Team Coach Bart Peut of the Sundial School. Both Bart and Dino sacrificed their time and their combined knowledge and experience are largely responsible for the success of the team. In addition the SHTA and the organizing committee would like to thank the guests who attended the fundraising dinners, he family of the team members for their support, staff of the SHTA, and all the persons who assisted in getting the team competition ready. SHTA encourages the general public to be please look out for other Fundraiser/Culinary events with the team over the upcoming months.

The SHTA is dedicated to bringing quality to all aspects of life on St. Maarten by promoting sustainable economic development for its members in cooperation with the social partners and the creation of a fair marketplace. For more information please contact our offices at +1 721 5420108, via email office@shta.com or visit our website at www.shta.com .