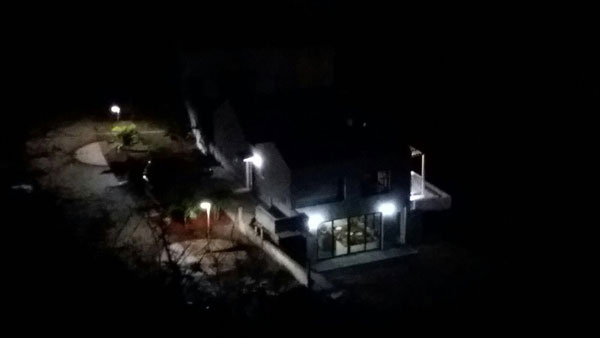 PHILIPSBURG:— Members of the Sint Maarten Hospitality and Trade Association (SHTA) registered 9 separate power cuts in Sint Maarten districts at various moments over the past month. According to World Bank figures, that makes Sint Maarten’s electricity infrastructure currently rank between the monthly average of the African countries of Tanzania (8,9 power cuts per month) and Burkina Faso (9,8).

As of 2017, the Sint Maarten Hospitality and Trade Association has started monitoring power cuts within country Sint Maarten. By benchmarking internationally, SHTA aims to support the new GEBE board and the country in general towards a more stable energy provision.

The World Bank power outage data are derived from 125,000 enterprises from 139 countries submitting their power outage reports. Surveyed companies both report the frequency of outages, duration as well as damage done by the outages on its annual company revenues.

SHTA started the benchmarking in 2017 as it saw no improvement over 2016 in combatting power cuts, whereas economic dependence on electricity rapidly grows every year. As internet has taken over hotel and activity bookings, forms an essential infrastructure to the financial and services industry and last but not least has become of great importance in daily communications, SHTA underlines the importance of continuous energy provision for the future of Sint Maarten.

Next, to the structural hampering of business during power cuts, the high voltage boosts following the lack of electricity lead to destruction of expensive devices like compressors and fridges. The companies reporting to the World Bank of countries encountering power cuts comparable to Sint Maarten level state that the total amount of cuts cause an average loss of 15,1% (Tanzania) to 5,8% (Burkina Faso) of annual revenues.

These figures support SHTA’s opinion that through lack of foresight and proper planning by government and GEBE, the electricity infrastructure has become below par. The brunt of the costs of below par electricity infrastructure will be carried by the average households and small to medium sized businesses. These individuals and groups are least able to afford the equipment to mitigate the effects of frequent power failures and suffer more loss of business and damage. It would behoove Government to focus on helping GEBE to improve the level of service to acceptable standards, instead of extracting more and perhaps unsustainable dividends from the company.

Of all countries surrounding Sint Maarten in the World Bank outage statistics, Sint Maarten has one of the highest GDP’s per Capita and a relatively small area. According to SHTA, this only underlines the opportunities for rapid improvement as soon as the government makes proper and sustainable energy provision a key priority. As the largest independent business representative, SHTA is concerned that the poor electricity infrastructure performance will hamper sustainable growth throughout all sectors.

SHTA calls on its member companies and schools as well as non-members to send in power cut reports to support@shta.com. Please note time of occurrence, as well as the district suffering from the blackout. At this point, SHTA does not aim at sharing aggregated power cut numbers with the World Bank, but it does intend to use the data to monitor national Sint Maarten improvement as well as for international comparison.

SHTA acknowledges that GEBE has a rough start of 2017, we are confident that the average number of outages will decrease and we will rank better than we do right now.