PHILIPSBURG:— On Wednesday, 6th April, the Government of Sint Maarten hosted the 3rd Annual Quadripartite Meeting. The meeting was formulated in 2014 as a forum for representatives of the governments of The French Republic (led by the Ambassador for Regional Cooperation for the Antilles-Guyana Mrs. Veronique Bertile), The Kingdom of the Netherlands (led by Director of the Western Hemisphere Department in the Ministry of Foreign Affairs Mr. Joost Reintjes), Saint-Martin (led by President of the Collectivity Mrs. Aline Hanson), and Sint Maarten (led by our Prime Minister Mr. William Marlin) to discuss issues of mutual interest.
The agenda of the 50-delegate strong meeting touched on issues related to military cooperation between both the French and Dutch state on the island and the Police Cooperation Treaty, which will regulate the manner in which armed forces exercise their authority in instances of transnational policing. Matters related to ongoing cooperation in the areas of Education, Health, and Social Welfare, were discussed particularly where it pertained to truancy, streamlining and correcting access to social premiums, pensions, and documentation requirements for persons resident on one side, but employed on the other and the possible legal avenues for the sharing of information between both sides of the island. Minister Emil Lee closed this agenda point with a brief presentation on his vision for complementary specialized medical services on either side of the island. In so doing he hopes to minimize duplication, increase efficiency, and improve the overall medical standards on both sides of the island. Though high on the agenda, the pilot project that will see a joint sewage treatment plant servicing the communities of Marigot, Cole Bay, and Simpson Bay was not as concretely discussed as a meeting to iron out a number of technical concerns was scheduled for the following day. Though representatives from both sides of the island meet regularly to discuss matters related to cooperation, the Quadripartite Meeting offers an opportunity to have political backing given to the work carried out by the technocrats. Prime Minister William Marlin lauded the work carried out by all parties noting that opportunities such as these are ones to identify areas which still require our added attention and to keep abreast with the progress being made in the spirit of continued dialogue and cooperation.
At the end of the Quadripartite Meeting, Prime Minister William Marlin, on behalf of the Kingdom of the Netherlands and Mrs. Anne Laubies, Prefet-deleguee of Saint Barthelemy and Saint-Martin, on behalf of the French Republic signed the Sea Border Demarcation Treaty. Negotiations on the sea border started in 1996 and concluded in 2015. The aim of these negotiations were to agree upon our western and eastern maritime borders.
Prime Minister Marlin closed the meeting confirming a number of follow-up meetings ensuring continuity in the ongoing work and in preparations for the 4th Annual Meeting which will take place in Paris in Spring 2017. 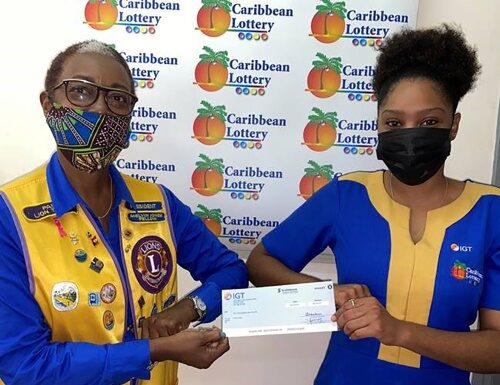 May 5, 2021
0
PHILIPSBURG:— The Lions Clubs of Antigua and St. Maarten reaped success in their recent initiatives with the help of the Caribbean Lottery who donated US$2,700 and US$700 respectively to the organizations’ eye screening project and charity raffle. Several students have...
Read more 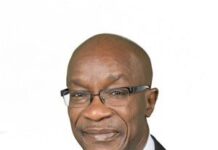 MP Pantophlet: “There is no better time than now to end abuse of the... 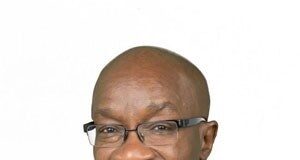 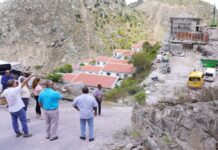 May 5, 2021
0
SABA--Developments in the area of the social domain were discussed during the recent retreat of the Island and Executive Council. Social support Together with the Ministry...

May 5, 2021
0
SABA--Developments in the area of the social domain were discussed during the recent retreat of the Island and Executive Council. Social support Together with the Ministry...

May 5, 2021
0
SABA--Increasing local produce and securing a steady, quality food supply to Saba are important areas for the Executive and Island Council which discussed these...