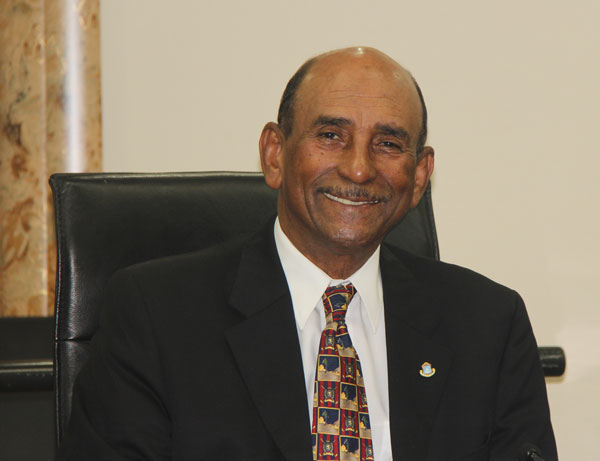 PHILIPSBURG:— Finance Minister Richard Gibson Sr. told reporters on Wednesday at the Council of Ministers press briefing that the St. Maarten Medical Center owes the government of St. Maarten over NAF.700M in back taxes.
The Finance Minister said that SMMC was unable to pay their taxes over the past years and hopefully when the current building and land is sold to the company that will construct the new hospital, the government of St. Maarten will be paid what is owed to them.
Asked if SMMC will be given the tax write off by the former Minister of Finance Roland Tuitt. Minister Gibson said that SMMC will get the same benefits but the taxes from 2009 to present will have to be paid.