PHILIPSBURG:—- The St. Maarten Marine Trades Association (SMMTA) took note of the Simpson Bay Lagoon Authority’s (SLAC) two page ad in the Daily Herald newspaper on Tuesday March 1st. The SMMTA stated: “To be clear: SLAC itself is not the problem; the manner in which the executive team of the Port St. Maarten Group of Companies (Port) manages SLAC is what concerns the SMMTA. The actions taken by the Port’s executive team, who control not only the Port but also all of its subsidiaries including SLAC, should be of major concern to the Government of St. Maarten and all of our Country’s citizens; after all the Port and its subsidiaries collectively represent some of St. Maarten’s most valuable assets.”
The SMMTA explained that “in SLAC’s response to the SMMTA they [SLAC – read: Port] used their normal strategy of providing a lot of information that may on the surface seem reasonable, but in reality has little to do with the issue at hand and in most cases is misleading, or plain wrong. The representatives of the Port also like to use buzz words like ‘truth, transparency and integrity’ while in practice they uphold none of the virtues of what these words actually represent.”
The SMMTA has always maintained that the Port should not be allowed to directly compete against the private sector as long as they control SLAC, the entity that has been tasked to oversee the Simpson Bay and Simpson Bay Lagoon in the broadest sense of the word. The Port tries to discredit the SMMTA’s position by stating in its response that “SLAC does not operate a marina in the Simpson Bay Lagoon.” This indeed is a fact. SLAC does not currently operate a marina in the Simpson Bay Lagoon, but its parent company, the Port, does in fact operate mega yacht slips in Great Bay that do directly compete against marinas in the lagoon; some of which the Port has recently tried to purchase. The fact that Management of the Port does not consider this as a direct conflict of interest is exactly the problem. In the opinion of the SMMTA, the Port’s executive team is systematically trying to control the St. Maarten marine sector by leveraging any influence they may have, including collaborating with key government officials to support their agenda.
The SMMTA concluded that “There are many issues that have been misrepresented by the Port in SLAC’s ad in the Daily Herald on March 1st. The SMMTA will address SLAC’s statements in multiple press releases going forward, as the concerns raised are complex and somewhat difficult to understand and relate to without a bit of history and knowledge of the St. Maarten marine industry. Each statement by SLAC will be analyzed and commented on, so that the general public has the opportunity to better understand what is really going on with the Port and those who control it. This is no longer an issue that just affects the marine industry. In our opinion, what is happening at the Port is a prime example of how corruption is allowed to breed and flourish within our community. The executive team of the Port has been allowed to control and operate one of St. Maarten’s most valuable assets with utter immunity during a period of ever-mounting evidence of the Port’s questionable dealings. The SMMTA as the representative body of the largest group of St. Maarten marine industry stakeholders has therefore officially requested the Council of Ministers to thoroughly investigate the Port and its executive team and to have the results of such an investigation made public in the interest of real transparency”. 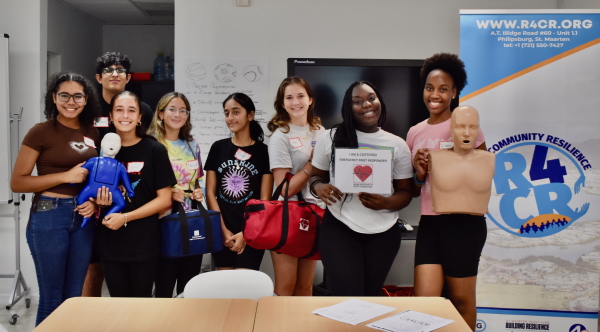 November 30, 2022
0
PHILIPSBURG:--- Ten EPIC Youth Ambassadors are assisting Environmental Protection in the Caribbean (EPIC) with their ‘Why do we litter - Sint Maarten?’ project. The students, 14 to 18 years old, will assist EPIC with executing neighborhood cleanups, collecting data...
Read more 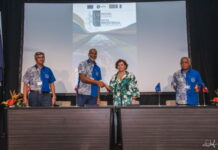