Home Local News Specialists and doctors who do not live up to expectations will face... 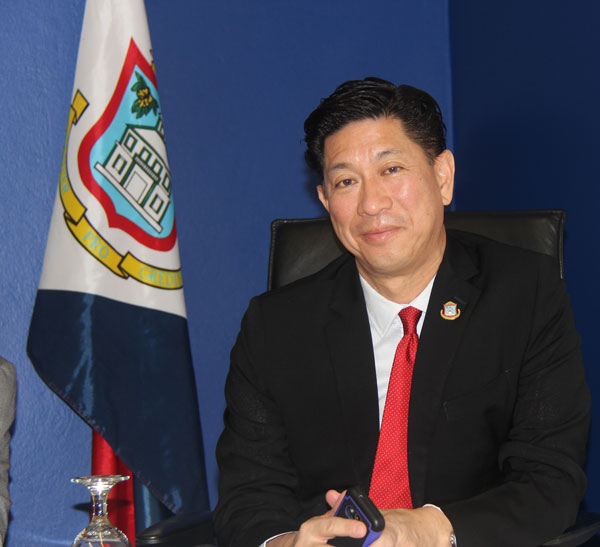 PHILIPSBURG:— Minister of Health and Labor Emil Lee in responding to questions posed by SMN News concerning the vetting and screening of doctors and specialists that come to St. Maarten to work said that those doctors that performed well will be rewarded while those that don’t will have consequences. The Minister said there is a procedure in place to screen specialists and doctors that are working on St. Maarten. Just recently a report issued by the Inspector General shows that the radiologist at the St. Maarten Medical Center missed a mal-positioned port -a cath that was implanted at SMMC. At least two CT scans were conducted at SMMC and both showed that the tip of the port a cath had perforated the vein that went into the lung cavity.
As for the developments of the New Hospital that the Minister campaigned on heavily, he said since VAMED won the court case they initiated the entire process stopped. Asked if he is pursuing the offer made by the Dutch government to finance the New Hospital, the Minister said that while the Dutch government said they are considering to finance the New Hospital they never said they agreed to finance the New Hospital on St. Maarten. It should be noted that the Minister never took up the offer of the Dutch but instead he chose to have USZV finance the project.
Minister Lee said that a private company (VAMED) that has no local interest has stopped the process which could well cost the people more monies if they have to revisit the business plan. Minister Lee insisted that if the New Hospital project has to be redone it will cost the people more monies especially since the tariffs will go up. He said at the moment USZV appealed the verdict but SMMC neither the Ministry cannot do anything concerning the New Hospital.
Asked if the Ministry is continuing with the investigation involving Labor Experts, the Minister said as far as he knows the investigation is ongoing and that is one of the things that is on his list to get further updated.
Based on information SMN News received is that the company that is owned by a former civil servant that worked for the department of labor has been delinquent with the payment of taxes and also does not pay its USZV dues for all of its workers.
SMN News also learned that the department of labor had stopped issuing working permits to the job placement agency but somehow the Minister chose to issue some working permits to the company even though they are breaking the law.

Source: St. Martin News Network
Specialists and doctors who do not live up to expectations will face consequences —Minister Lee.