· On June 2, Copa Airlines resumes its operations to St. Maarten with two weekly flights, connecting the Caribbean island with 77 destinations in 31 countries of the American continent

· With the restart of Copa’s flights to St. Maarten, the economic, commercial and tourist reactivation of the island and other surrounding areas be promoted

· Together with the Tourism authorities of St. Maarten, Saint Martin and Anguilla, Copa Airlines will initiate the promotion of these three destinations

Panama City:— Copa Airlines, a subsidiary of Copa Holdings, SA {NYSE: CPA}, and member of the global airline network Star Alliance, resumes its operations to St. Maarten starting on June 2 with two weekly flights, connecting the Caribbean island with 77 destinations in 31 countries of the American continent through the Hub of the Americas, located in Panama City.
The route to St. Maarten will depart from Panama on Monday and Saturday under the code CM134, with departure time at 7:24 a.m. and arrival at 11:30 a.m. (St. Maarten time), while the CM133 flight back will operate on Mondays and Saturdays with departure time at 12:29 p.m. and arrival at 2:46 p.m. (Panama time). Copa Airlines will increase the frequencies during the high season, in a display of confidence in the recovery of this area of the Caribbean after Hurricane Irma struck on September, 2017.
“Copa Airlines always trusted that St. Maarten and its inhabitants would recover from the effects of Hurricane Irma. With the restart of our operations to the island, the economic, commercial and tourist reactivation of both St. Maarten and other surrounding areas will be promoted,” said Christophe Didier, vice president of sales for Copa Airlines. “Since we started flying to St. Maarten almost eight years ago, this island has become one of the preferred destinations for our passengers to vacation in the Caribbean,” Didier added.
With the restart of operations to St. Maarten, Copa Airlines reaffirms its commitment to economic reactivation and the commercial and tourist development of the Caribbean, a region that Copa attended with humanitarian flights transporting food, equipment, medicines and essential products after the Impact of Hurricane Irma.
“For many years, Copa Airlines has literally been our connecting bridge to Central and South America. The return to St. Maarten of this valued airline is very important for the recovery of our country, and shows that St. Maarten is recovering and that it is workable to reactivate the destination”, said Rolando Brison, acting director of the Tourism Bureau of St. Maarten. “We hope that thousands of people will use Copa Airlines to visit St. Maarten, one of the most beautiful and unique destinations in the Caribbean, and we thank Copa Airlines for believing in the country and the people of St. Maarten,” added Brison.
Together with the tourism authorities of St. Maarten, Saint Martin and Anguilla, Copa Airlines will begin the promotion of the islands, with the aim of reactivating visitors to this wonderful area of the Caribbean, which will be connected to more than 60 cities in South, Central and North America thanks to the airline’s network of destinations.
tuality close to 90%, one of the best indicators in the industry. Thanks to this timeliness, Copa Airlines has been recognized by FlightStats as the most punctual airline in Latin America for the fifth consecutive year, and by the Official Airline Guide as the fourth most punctual airline in the world according to results obtained in 2017. In 2016, the company was awarded as the “Leading Airline of Mexico and Central America” in the World Travel Awards. This year Copa was also awarded with two Skytrax awards as “Best Airline in Central America and the Caribbean” and “Best Airline Personnel in Central America”. Copa Airlines is part of Star Alliance, offering its customers the possibility to reach 1.330 airports in 192 countries and enjoy more than 18.500 daily flights. In addition, Copa has codeshare agreements with United Airlines, Aeromexico, KLM, Lufthansa, Avianca, Iberia, GOL, TAME, Emirates and Asiana Airlines. To issue and manage reservations, purchase tickets through secure transactions in seven different currencies, Web Check-In, print boarding passes and acquire information on travel policies and immigration requirements, visit www.copa.com. Also, visit ConnectMiles.com to learn about the improvements and expansions of the Copa Airlines loyalty program, designed especially for travelers. 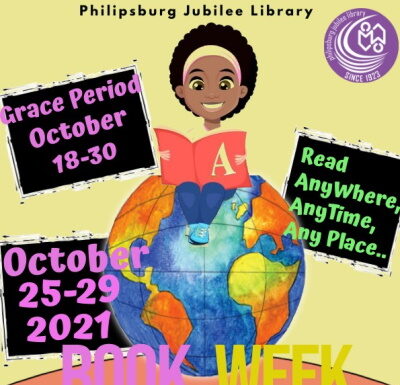