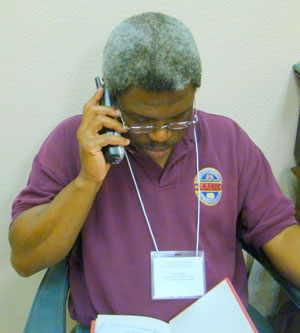 The rate of change in the world today conceivably has never been faster. Many of the old systems applied to growth and development are rapidly changing into new forms too different to be fully understood.
The old pattern of a few countries mining the rest of the world for raw materials and reseeding just enough with goods and services to successfully repeat the cycle has been replaced by something else. Global growth and development are no longer almost solely reliant upon the World Bank, the International Monetary Fund, and one or two other global financial institutions; it now includes significant support from developing countries that once were the countries being mined as a raw material resource.
China is perhaps the indisputable leader of this new growth and development group. According to the Inter-American Dialogue, a non-profit group based in Washington, D C, Chinese banks sent nearly $30 billion in loans to Latin American and the Caribbean last year, more than double the amount from 2014. It’s also more money than the World Bank and Inter-American Development Bank gave to the region last year combined.
http://www.thedialogue.org/map_list/

Equally significant, the Inter-American Dialogue also points out, Chinese and IFI/Western banks do not overlap significantly in Latin America [and the Caribbean]. They give different size loans to different sectors in different countries. Chinese loans tend to focus on infrastructure and heavy industry, for example, while Western loans cover a range of government, social, and environmental projects. Chinese banks channel 87 percent of their loans into the energy, mining, infrastructure, transportation, and housing (EMITH) sectors. Only 29 percent of IDB loans and 34 percent of World Bank loans go to EMITH sectors, while more than a third is directed toward health, social, and environment sectors. Chinese banks have indicated that they prefer EMITH loans because they directly support economic growth.
http://ase.tufts.edu/gdae/Pubs/rp/GallagherChineseFinanceLatinAmericaBrief.pdf

Leon Stubbs has an extensive background in community development. His focus is on integrating culture, community ,commerce and technology (CCCT) in organizational, individual, and community development (OIC-D).He researches, promotes ,plans and manages (OIC-D)projects and programs. He has worked on projects and programs in Illinois, Massachusetts, Florida and Texas as well as in the Caribbean and the Bahamas.
He collaborates with Dr. Davidson Hepburn ,former UNESCO President, in promoting culture and commerce, especially in Small Island Development Environments.
He visited St.Maarten and St.Eustatius in September of 2011 where he was the guest speaker at the St.Eustatius Tourism Foundation event. Invited by Charles Lindo and Maya Leon-Pandt, Leon contacted by Arthur Lugisse of the Tallahassee -St.Maarten Foundation came and did his presentation pro-bono for TLH-SXMF in Statia. He has been working closely with Mr. Arthur Lugisse for many years in support of the Tallahassee-St.Maarten Foundation as one of their international consultant.
Leon Stubbs resides in the Greater San Antonio, Texas area USA.