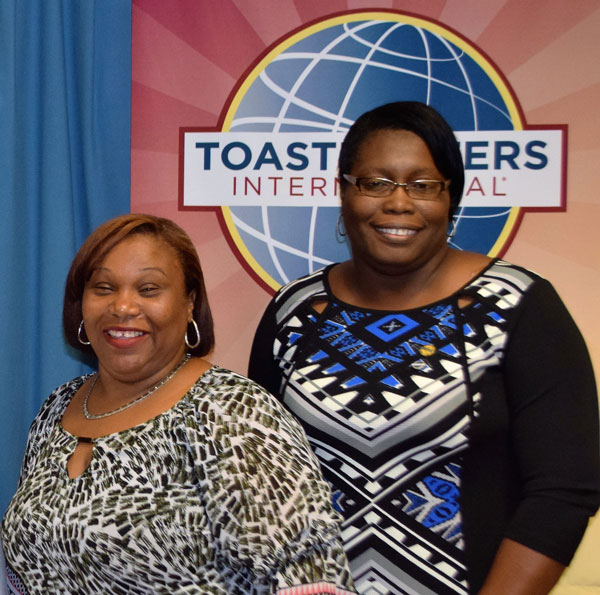 PHILIPSBURG:— Soualiga Corporate Toastmasters Club was represented at the District 81 Toastmasters Conference in Curaçao. “The Power of One” was the theme for the bi-annual conference and the presence of St. Maarten was most felt when Olga Mussington-Service and Cheryl Dangleben-York powerfully represented not only their club but the island of St. Maarten in the Humorous and Evaluation speech contests respectively. While the competition was tough, Cheryl placed first runner-up in the Evaluation speech contest where she competed against 10 evaluators.

In addition to the contests, other awards received were the Triple Crown awards received by Helen Cristina-Romeo and Cheryl Dangleben-York for completing three educational and/ or leadership designations during a one year period. Cheryl has also presented the President Distinguished Club award (the highest award a club can receive) for her servitude as the 2015/2016 club president. Overall, the conference experience was rewarding whereby participants attended various workshops and learned new methods and material that they will apply to their personal and professional development.

While there are five other clubs on the island, the Soualiga Corporate Toastmasters Club is the only corporate club on the island designed for civil servants of St. Maarten. Meetings are held on the 2nd and 4th Wednesdays of every month at the A.C. Wathey Legislative Hall by the government building at 5:30 p.m. For more information visit “Soualiga Corporate Toastmasters Club” Facebook page.