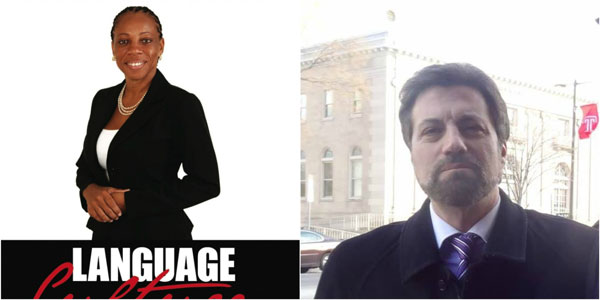 ST. MARTIN:— Rhoda Arrindell’s book Language, Culture, and Identity in St. Martin is an important step toward filling a void in defining the vernacular and its value as a manifestation of the culture of the island of St. Martin. This distinction is important because English-based vernaculars are not uniform across the Caribbean, with its great variety of historical experiences.
To establish a foundation for the discussion, a good deal of the book is spent defining what constitutes a creole, and the lack of agreement that exists about exactly what it is. I appreciated the explanation because I was under the impression that the term had a mutually accepted definition, but the book does a good job of refuting that notion.
One area that Arrindell mentions which amplified my own knowledge was that the “creolization” process was already taking place in Africa and on the slave ships even before the enslaved people reached their destinations.
While the overall treatment of creolization is necessary, I enjoyed even more the part that describes the St. Martin vernacular and wanted to see more than what the book provided. The description is more a research tool than an educational tool.
It is evident that more research is needed and another book will have to follow that codifies the language even further, and yet another to teach it to young people.
What may be unique and appealing to the visitor about two nations sharing the island in fact is a problem for the native St. Martiner. The book helps to highlight the educational issues that it engenders, as well as the fact that the ability of a nation to define its symbols plays a large role in its inhabitants’ own sense of identity.
Arrindell employed surveys in an effort to capture prevailing attitudes about St. Martin culture and the vernacular.
The ambivalence that islanders feel about their vernacular has parallels on other Caribbean islands and reflects the ongoing tension regarding how to evaluate the colonial experience in the region: is it something to be admired, despised, or applied selectively?
Reviewing the information led me to draw my own conclusions regarding the culture and language question. The native St. Martin culture, the French administration, the Dutch administration, and the various immigrant cultures all coexist on the island, but the native St. Martin culture is the only one of these that has the potential to be a unifying factor in establishing the island’s identity.
Unfortunately, this culture, in spite of the efforts of many individuals, still requires more study and appreciation by the entire population in order to have the necessary impact on the island’s sense of itself as a unique entity, especially in its children.
Though all the cultures on the island can and should coexist in a spirit of tolerance and celebration, the St. Martin language and culture can form an inclusive foundation that all the peoples of the island can share.