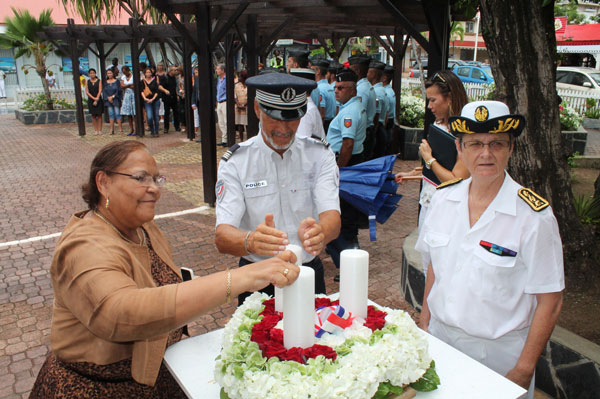 MARIGOT:— Officials on St. Martin joined France on Monday for a moment of silence for the 84 victims that were killed on night of July 14th as they were celebrating Bastille Day.
Those that attended the moment of silence in the Garden (the war memorial) of the Collectivity were the President of the COM Aline Hanson, Prefet Anne Laubies and the Commandant of Police aux Frontieres Jean-Luc Deras. The official lit three white candles that were placed in a heart shaped wreath.