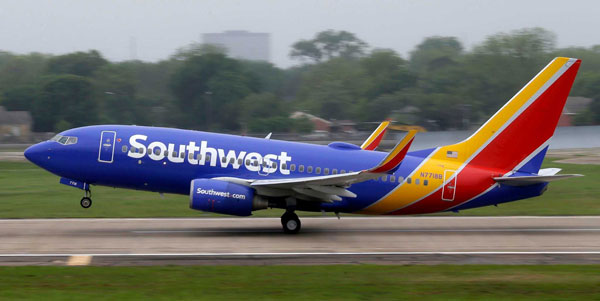 PHILIPSBURG:— St. Maarten is moving ahead with its pursuit of Southwest Airlines for the destination. Minister of Tourism Mellissa Arrindell-Doncher said of Wednesday that the St. Maarten Tourist Bureau (STB), will meet with Southwest Airlines in October in Dallas to finalise discussions on a St. Maarten-Fort Lauderdale route to commence in 2018.

“We have put a lot of time and effort into securing this new airlift and take advantage of Southwest’s expansion into the Caribbean,” the Minister said.

A delegation of island officials including representatives met with Southwest Airlines officials at the annual Routes Americas Conference in Las Vegas in February.

“It bodes well for the country to have an airline like Southwest’s interest; if they choose a destination it’s because they believe it is a healthy and profitable one,” Head of STB Rolando Brison said. “In my closing remarks for the meeting at Routes, we told the team that they could expect the full commitment from all stakeholders including government, airport, hotels and many others.”

Due to a temporary reduction in Southwest’s fleet in 2017 for maintenance purposes, 2018 is seen as a more realistic start date for the airline.

“Should the current negotiations taking place with the various airlines come to fruition as expected, we can expect additional traffic of up to 63,600 increased stay-over passengers per year, which would be an increase of 12% in stay over passengers compared to previous years’ averages. Based on an average visitor expenditure of $120 per day, and 7.7 nights average length of stay,” the Minister said.