instruments
National prosperity, and small & medium sized enterprises (SME) goes hand in hand. Sometimes the term SME is interchangeably used with MSME which stands for Micro, Small and Medium Enterprises. The SME sector is a fundamental driver of economic growth and development, and job creation whereby the government has the role of facilitator.

The SME policy framework of the government of St. Maarten categorizes the SME’s as follows:

The first three to five years are the most crucial years for any SME to survive. Statistics show that 80% of the SME‘s fail in the first three to five years (some even earlier) depending on the industry they are in, and despite the best of economic times. In my more than 20 years career as a Financial /Tax consultant both in the public as well as the corporate sector I have identified several reasons that attribute to this high failure rate such as structural cash flow shortages due to incompetence, unpreparedness, lack of financial and managerial experience or sometimes the owner comes to the surprising realisation that the venture is just not viable. Statistics also show that 95% of the global economies consist of SME’s that provide 60 to 70 per cent of jobs making them the backbone of every economy. The SME’s saw their costs of doing business being almost doubled when the ” temporary” increase of the Turn Over Tax (from 3% to 5%) was introduced in February 2011, instead of the then government diligently working on tax compliance to keep the cost of doing business down. Apart from the establishment of the Small Business Development Foundation, nothing significantly was done for this sector.
The SME’s contribute approximately 20% of Turnover Tax Revenues. Despite the important role of the SME’s, previous governments never saw it fit to establish a proper policy to enhance this crucial sector, until 2014 when the SME PoIicy Framework was written.

Unemployment
The proper application of policies and tax instruments can stimulate entrepreneurship, a reduction in unemployment and, with that, more money in the people’s pocket. According to the Labour Force Survey conducted in 2013 (still applicable for 2016), we face an overall unemployment rate of 9.2%. The group with the highest unemployment rate of 25.9% are between 15-24. This is considered high, not only in comparison to other small island states in the region, but especially in terms of the island’s strategic position and the many economic spill effects that our people would otherwise enjoy were the right policies were in place; socio-economic benefits that areas with the highest unemployment rate, such as the Lower Princess Quarter (12.1%), would otherwise enjoy if the right and timely policy was in place to stimulate SME’s development; socio-economic benefits that 60% of the working population who currently earn below Naf 3,000.00, would otherwise receive. There is also a correlation between youth unemployment and the high percentage of incarceration of the same group (40%) and also a strong correlation between low education and the unemployment rate; and that around two thirds of the island’s senior managers have a secondary or lower education level. Based on these figures we can rightfully place question marks behind the seriousness or capacity of previous governments to enhance the education and overall development of the people. Hence the community’s poor performance on the Human Development Index.
Based on data derived from the Business Licenses department, an average of 230 limited liability companies (NV/BV) and 45 sole proprietorships are registered yearly. On average about 20% of the limited liability companies are closing their doors yearly and for the sole proprietorships the real average remains to be determined, but it exceeds the percentage from the limited liability companies by far.
Current tax facilities
At this moment our tax legislation has the following basic facilities (among others) for companies:

– Investment deduction in the first two years of 8% of the purchase price for office equipment/vehicles/machineries and other fixed assets and 12% of the purchase price for purchasing of a building or building improvements. The investment has to be Naf 5,000.00 minimally;
– Unlimited deduction of initial losses in the first three years and ordinary losses for maximum 10 years;
– A one-time accelerated depreciation of 1/3 of the value of the fixed assets;
– 90% of the turn over tax can be deducted 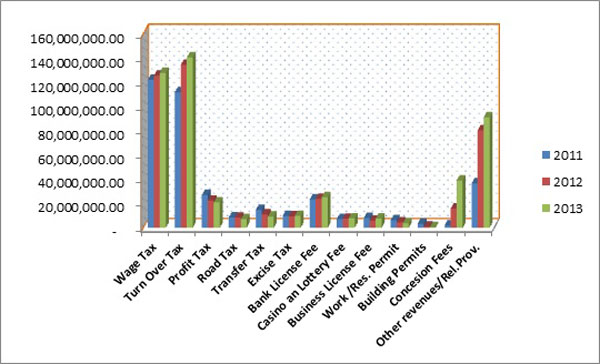 To foster further development of the SME’s it is important to introduce incremental additions to the existing legislation. An impact study will have to determine a balanced introduction of these measures as government needs to have sufficient funds to properly execute their tasks:

– Extension of investment allowances to five years or till the date of disinvestment to mirror the survive-ability period;
– Introduction of a “SME Allowance” of 5% of the profits to a maximum of Naf 2,500.00 which is deductible from the profits in the first five years;
– Introduction of a Tax Holiday for innovative ventures and commercial agricultural projects. As we are slowly moving towards a knowledge based society and as the government has the moral responsibility to promote food security, proper policies and tax laws have to be put in place to stimulate these types of entrepreneurship’s ventures. The stimulation of agriculture projects will definitely bring down the cost of living where it pertains the prices of produce. For certain produce the government can have a policy in place that these items can not be imported anymore (if production is more than sufficient) in order to stimulate this sector. By creating more supply locally the prices of basic items such as tomatoes, lettuce, bell pepper etc. will be lowered as the high transport costs are eliminated and the application of the economic principle that the right price is determined at the equilibrium of supply and demand. Even stimulation of just back yard farming will bring down the price. Due to lack of land I would suggest that in every district entrepreneurs, with proper training and coaching, can set up at least 2- 4 solar powered hydroponics and/or aquaponics plants to boost supply. The produce can be sold to the neighbourhood or to supermarkets, hotels and restaurants for an affordable price and thus can create additional disposable income for those that are willing to take the risk. I have written the Bankable Aquaponics Business Plan for the government of St. Maarten since February 2010 and it is not clear what happened to this project and apparently the available Usona funds were never used and went back;
– Introduction of a “Spousal allowance” of maximum 5% of the profits per year to a maximum of Naf 2,500.The spouse is playing a very vital role in the start-up of the company and is sacrificing other opportunities to help build the business and often are not paid on a continues basis due to cash flow issues during the start of the business;
– Introduction of an “Apprentices Allowance” of maximum 5% of the profits to a maximum of
Naf 2,500.00 when the businesses are hiring youngsters/unemployed youth who are fresh from High School and have no previous work experience: that is meant to reduce youth unemployment, guarantee continuity of the business and the transfer of knowledge/expertise to this group who will take over the baton ;
– Phased reduction of the Profit Tax which stands at a staggering 34.5% and the introduction of indirect taxes as the tax base will be broadened;
– By properly subsidizing Business Service Organizations (BSO’s e.g. SBDF) locally or via EU funding and the promotion of SME’s incubators on the island I have no doubt that the aspiring entrepreneurs have a greater change to succeed. The training will better prepare the small business owners with the necessary skills to increase their survive-ability. This will result in extra employment and extra revenues for government. At the end you will have an educated group of entrepreneurs who have the “know how” and “know what” to manage their business properly.
This approach is beneficial for the improvement of the country’s HDI.
– Create policies in collaboration with local banks so that SME’s has better access to small start-up business loans. Most of the SME’s have no collateral and regretfully great ideas suffer an early dead.

These incentives will expand the tax base, reduce the size of informal sector and at the same time will inspire young and aspiring entrepreneurs to live their dreams, knowing that the government has their laws and policies in place that will help them to succeed despite the usual corporate risks that are involved in any business venture. Revenue is vanity, profit is sanity, cash is king is a popular saying. Your financial reports will show real commercial results (beneficial for bank loans if it is a profit) while at the same time the tax incentives will help you to have more cash to reinvest in your business for those that are bold enough to enter the path of entrepreneurship.

If elected I would be very instrumental to propose these adjustments to the tax legislation and stimulate policies so that the SME’s can build viable and sustainable ventures while working towards a stronger St. Maarten. If it can be done, it should be done!

In my subsequent articles I will inform the people of St. Maarten about the viable business opportunities we have by utilizing our rich cultural and historic heritage ; Macro-Economic Analysis using some elements of the Pestle analytical tool (Political, Economic, Social-Cultural, Technological, Legal, Environmental used by the World Bank) in order to measure past government’s performance and the diversification of our economy; and the stimulation of the ABCD CO-OP MIND SET (Asset Based Community Development Cooperative way of thinking) to permanently lower the cost of living for the most vulnerables in our society. 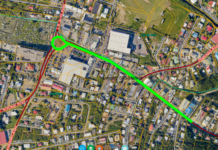