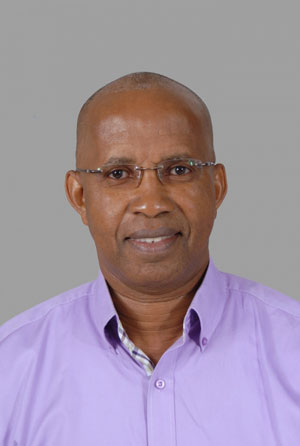 PHILIPSBURG: —“Destroying the lives of our young people by sending them to prison, in some cases for decades, over petty crimes while we give a pat on the wrist to those in authority and with financial means who abuse their positions and commit worst crimes must not be allowed to continue. People who are not from this island but who live in certain areas of the island and occasionally grease the palms of greedy parliamentarians are allowed to go scot-free for shameful and wicked acts while our own people are being herded up in their own country for much less. This needs to stop immediately. We can’t keep ignoring the elephant in the room because that elephant keeps growing bigger.”
These sentiments were expressed by leader of the OSPP Lenny Priest, who noted that almost every day there is a different article in the local media about another local young man or woman getting sentenced and transported to prison yet there are persons in society who have been convicted but for whom somehow space cannot be found at the prison.
“I am tired of reading in the media and hearing through the media of all these young people who are sent to jail for five, ten and more years for crimes they committed while reading and hearing in the same media about so-called “respectable” persons going free for much worst. Where is the justice for our people in our country? When did being a poor black St. Martener become a crime in St. Maarten? Racism is alive and well in St. Maarten as is class justice and in a Caribbean island, it is worse than a shame that our government officials allow this shameful treatment of our people to continue,” Lenny Priest said in a media statement issued yesterday.
The OSPP leader noted that he is by no means advocating that crime by any person or groups of persons should be tolerated or go unpunished, but highlighted a perceived discrepancy in the way court sentences are meted out to different persons in society.
“If you have a toddler and you fall asleep without providing any food for this child and this child can’t wake you up when he or she is hungry, that toddler will eventually start foraging for herself/himself and find something to eat to ease his hunger. Because he is a toddler that food is likely to come from the garbage or that child breaks stuff and make a mess to make a sandwich. Now in a situation like this who is to blame that child or the parent who didn’t provide for that child? The same principles apply in this scenario with our young men becoming desperate and committing petty crimes because those we have designated as responsible refuse to live up to their responsibility.
“The lives of these young people are being destroyed and we the people of St. Maarten are almost as guilty as those perpetrating this atrocity on our young people because we have allowed the perpetrators free reign instead of demanding a fair shake for our children. I told the Parliamentarians in March that we the people of St. Maarten were mad as hell and that the people of St. Maarten would not take it anymore. The holiday is over. We are still mad as hell because enough is enough. We will no longer tolerate being treated as second class citizens in our own country. Government is by the people, of the people and for the people and its past time that elected officials grow up and stop playing with our lives,” Priest concluded.