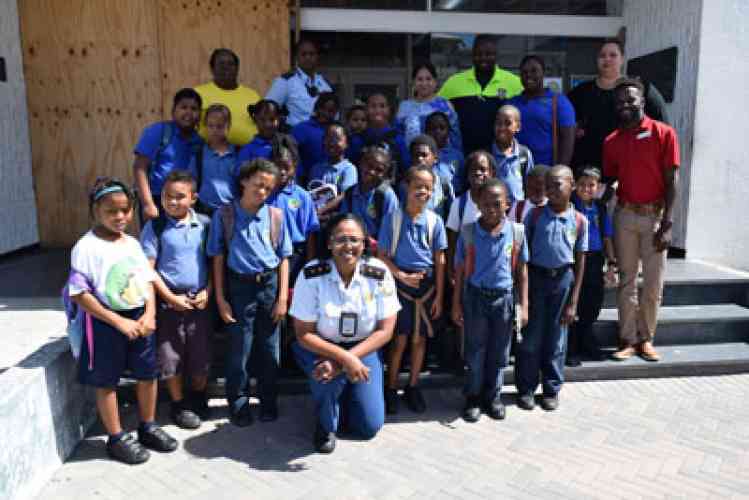 PHILIPSBURG:— On Wednesday, March 21st, 21 students from the Prince Willem Alexander School visited the Police Head Quarters in Philipsburg. At the police station, they were greeted by the Community Police Officers/ Inspectors Rensley Henson, Helen Romeo and Arcella Leonard. The children who were very enthusiastic asked many questions as they were given a grand tour of the police station and an explanation on what the police do on a daily basis. After the tour, the student posed for a quick group photo.

February 28, 2021
0
PHILIPSBURG:— Every Year in February, Black History Month is celebrated all over the world to signify the journey of the black community. As a...