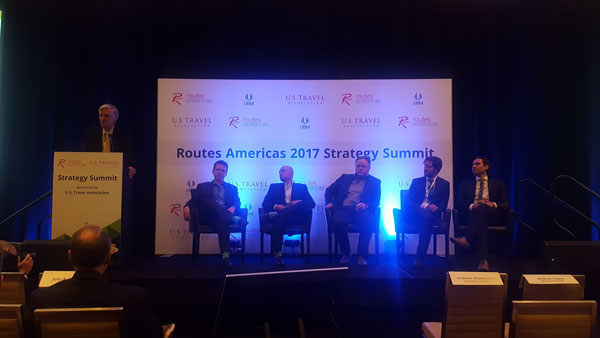 “There is this misconception that there is no work ongoing in the Ministry because the Minister hasn’t been appointed and sworn in as yet. But contrary to popular belief, we do have a Minister in the person of Minister Rafael Boasman and together we are working diligently in executing the work of government, for our people and country,” Doncher-Arrindell said.

Some of the issues the Cabinet have already tackled and continues to work on include, but are not limited to:

– Securing key objectives at the Routes Americas conference including potential new airlift from Southwest Airlines and others.
– Finalized the contract for St. Maarten’s new marketing firm in the US: Spring Obrien.
– Renewed the Expedia and Trip Advisers campaigns.
– Facilitated discussions with AirBnB.
– Structure future promotional trips for the destination and identify strategies that leads to tangible results.
– Finalized the Qredits Initiative which is in keeping with the manifesto of the United St. Maarten Party (US) in support of entrepreneurs.
– Busy finalizing the appointment of a new Head of the St. Maarten Tourism Bureau to upgrade and enhance the department.
– Identified a way forward with the structure of the St. Maarten Tourism Authority (STA).
– Busy identifying methods to stimulate the economy and preparing to have discussions with key stakeholders in this regard.
– Laying the groundwork for the drafting of a new tourism master plan.
– Met with the US TSA and outlined a roadmap for pre-clearance.

In fact, at the opening of the Routes Americas conference in Las Vegas recently, a panel of experts from both public and private sector agreed that the expansion of the pre-clearance program should be expanded across the world as a mutually beneficial effort for both the US and its prospective international pre-clearance airports. St. Maarten was represented by a delegation at Routes which included Doncher-Arrindell.

“We were very pleased to learn that there is an overwhelming support across the American aviation sector for the expansion of pre-clearance,” she said. “This adds to our confidence that pre-clearance can and will become a reality for our country, and that the efforts of this Ministry as well as our airport will result in us being a part of this program that has the potential to drastically improve the size and quality of our incoming travelers.”

She said all panelists also discussed the importance of maintaining the open skies act to ensure international airlines can continue to expand operations into the country, and stressed the importance of developing secondary and tertiary airports rather than only the increasing focus of expanding major airports, and monitoring and mitigating the effects of political actions such as the executive order travel ban.

“There is alot of work to be done under the Ministry,” Docher-Arrindell said. “Aviation and transportation for example, have also received attention in the last two months. The work doesn’t stop because we have an Interim Minister. There is the Secretary General and his staff bureau and other civil servants under the Ministry who all know that the work has to continue.

“And then there is our cabinet who are hard working professionals who are ultimately tasked with meeting our goals and objectives. Of course we are all looking forward to have the Minister sworn in and relieve some work-load from Minister Boasman, but we know our duty, our obligations and our responsibility to St. Maarten,” Doncher-Arrindell said.